I feel like I have covered how awesome NXT is.  It’s the only televised wrestling I actually watch on a weekly basis and I genuinely think it’s the best thing WWE has done for a long time.  Therefore, you probably don’t need to hear me say that NXT Takeover: Rivals was another fantastic show, topped off with three absolutely brilliant main events.  If you like wrestling and haven’t watched it, then do so now.  If you don’t like wrestling, give it a chance anyway, it might surprise you.  However, that’s not what I’ve decided to discuss.  Instead, lets look at women’s wrestling in the WWE.

‘Good for a Divas match’.  It’s a phrase I’ve seen before and one I have probably said.  It’s an awful phrase.  One that suggests the women are not even in the same league as the men and it sums up how the WWE audience feels about the women’s division.  Sadly, the reason we feel that way is because that’s what the WWE wants us to think.  They don’t see the women as equals, they see them as eye candy.  There are two female WWE characters.  Crazy or a bitch.  Crazy can be heel or face.  Bitch is nearly always heel.  Apart from that, they just don’t have characters.  Who is Rosa Mendes apart from Fandango’s dancer?  Fucked if I know. 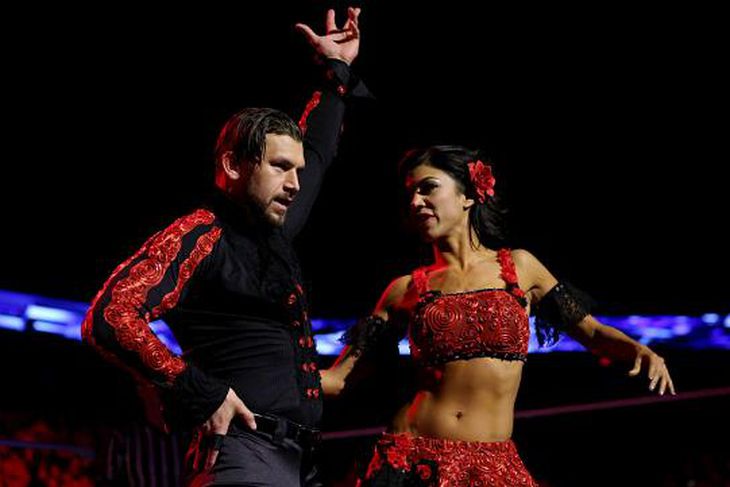 Now this isn’t really surprising.  Let us not forget that this is the company that have regularly held bra and panties matches.  The company who had Trish Stratus, someone who went on to become one of the best women wrestlers of all time, bark like a dog for the amusement of her boss.  If people think Vince is outdated when it comes to his male wrestlers, just consider how outdated he is when it comes to the women.

Now, this is bad enough on a lot of levels.  As a wrestling fan, it is even more annoying, because currently WWE has a lot of great female talent.  Paige and AJ should have been a feud for the ages, instead it was all about which one of the crazy ladies can be more homoerotic.  Natalya, one of the best female wrestlers on the planet, built a great character in NXT, alongside her husband, Tyson Kidd.  On WWE TV, it might as well not exist.  She’s continually made a joke of, I mean christ, this women once had a gimmick that revolved around flatulence.  Whatever you might say about Daniel Bryan’s booking, it has never been that bad.

Which brings us back to NXT.  NXT, where someone, somewhere done the line, decided to actually treat their female wrestlers like people.  Last night at Rivals, Sasha Banks, Charlotte, Bayley and Becky Lynch, went into the ring and put on one of the best fatal four ways I’ve seen in quite a long time.  It’s a famously difficult match type.  Getting all four people to look strong is tough and it’s too easy to just pair off.  They didn’t do that and every single one of them came out of the match looking strong.  While Sasha won by not being crazy or being a bitch, but by being an intelligent, manipulative heel.

These four women actually have characters.  Some of which have had a great arc.  Bayley came in as the fun-loving girl, with her bouncy music and cuddles.  The Full Sail crowd chant ‘Bayley’s gonna hug you’ and it’s brilliant.  However, in the last few weeks she has realised that if she wants to be at the top, she can’t do things like that.  She has to ramp up the intensity.  She still dances and hugs, but when the bell rings, she won’t be pushed around.  Do you know what that is?  That’s a character.  That’s a person to whom an audience can relate and a story arc that if it does eventually lead to her winning the title, will get one hell of a reaction from the Cult of Full Sail.

So can NXT change things?  I’d love to say yes, but I just can’t see it happening.  Paige and Emma, who both put on great matches in NXT, have both already been called up and stripped of all that made them great.  The WWE’s women division continues to be awful and to revolve around the few female stereotypes that Vince dreamed up a couple of decades ago.  However, if you want good women’s wrestling, it is out there.  NXT delivers it on a weekly basis, to the point where if the matches aren’t excellent, they feel like a disappointment.  While companies like Shimmer exist in the indies.  So even if WWE is going to continue to make the women of wrestling the universal sign for a pee break, it doesn’t mean the rest of us have to believe the same thing.