Following up a hit like Frozen was never going to be easy for Disney.  Their animated wing has hit a run of form with Tangled, Wreck it Ralph and everyone’s favourite snowy adventure, so the choice to adapt an obscure Marvel property for their latest animated film, might have seemed bold.  Of course, that was before adapting obscure Marvel properties became all the vogue and in a post Guardians of the Galaxy world, it’s become clear that it doesn’t matter how many people have read it, the Marvel Disney combo sells.

Big Hero Six focuses on the world of Hiro Hamada, who after a tragic accident, teams up with personal healthcare robot, and walking balloon, Baymax and a group of fellow engineering enthusiasts to fight the root of the cause.  It’s essentially the standard superhero formula, combined with the standard Disney formula and while it doesn’t take anything to the table that we haven’t seen before, it doesn’t really matter.  Because the world of Big Hero 6 is enough to make us want to stick around. 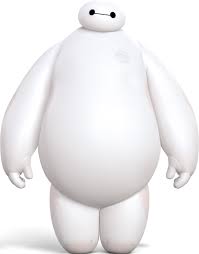 Set in San Frasokyo, that world is a combination of American and Japanese culture and as ridiculous as the name may initially sound, by the end of the film it is somewhere you will want to live.  As you expect from Disney animation, every little detail is lovingly created and it is a film that on each watch will see you spot something else in the background, that you really wish you could explore.

This charm extends to the characters and in particular to Baymax.  Essentially a giant, cuddly, robot nurse, he is a wonderful piece of physical comedy and just watching him blunder through a room at the start of the film is funny.  Yet, as the movie develops you become more and more attached to this blob, who manages to tick all of Disney’s cute sidekick boxes, while also being wonderfully practical and avoiding all the pitfalls that these characters often fall into (mainly being incredibly annoying).  His change from lovable goof to armored super hero is also well done, as they never take away the innocence at the heart of the character and ensure that even in the heart of battle, he is still a robot you would want in your life.

Baymax isn’t the only well realised character though and in fact the whole team is made up of people you want to know.  Whether it’s the almost stoner like Fred or the intense, adrenaline junky GoGo, they all get moments to shine and the film does a good job of insuring we want more of these people in the future.  It also helps that it avoids throwing in a love story for the sake of it.  The need for romance in children’s films has often been a weird one and Big Hero 6 deals with that problem by never even bringing up the idea.  The female members of the group are built just as well as the male ones and are never just there in order to make googly eyes at the brave male folk.

Big Hero 6 is a wonderfully enjoyable film, that continues Disney’s rise back to the top of the animation food chain.  Much like Shaun the Sheep, it manages to have its heart in the right place and has been put together by a wonderful lack of cynicism.  Instead, it creates a world that will delight children and adults alike and a cast of characters that we will all want to see a lot more of in the future.

One thought on “Big Hero 6”