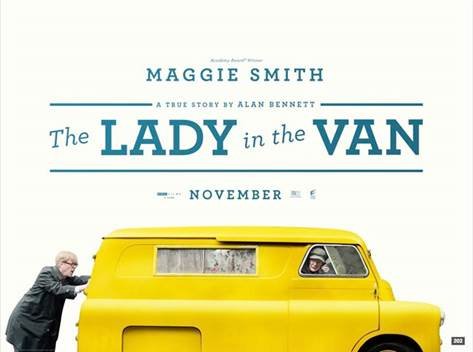 The Lady in the Van is an unusual film.  On one hand, it’s a warm, funny and very British film that will make you laugh and leave you with a smile on your face.  On the other, it’s a slightly darker affair.  Stuffed with self-reflection and an annoying central character.  Sadly, director Nicholas Hytner struggles to have the two co-exist.

Adapted from Alan Bennett’s play of the same name, it focuses on the semi-autobiographical story of the titular lady in a van living in Bennett’s front drive for fifteen years.  During that period, Bennett discovers more and more about this lady, Mary Shepard, and what exactly has led her to spend the elder years of her life living in this grubby yellow mobile home.

Miss Shepard is the heart of this film and with Maggie Smith in the role she steals every scene she’s in.  She is rude, belligerent, smelly and often downright horrible and yet you like her.  There’s a wonderful stubbornness to the character that makes you get behind her.  It also means that she is laugh out loud funny.  Yet strangely, this rather clashes with her slowly revealed backstory.  There’s a darkness to it that sits unhappily next to the knockabout comedy of her modern day character.  The two sides are never quite aligned and it feels like the film doesn’t know exactly what is it. 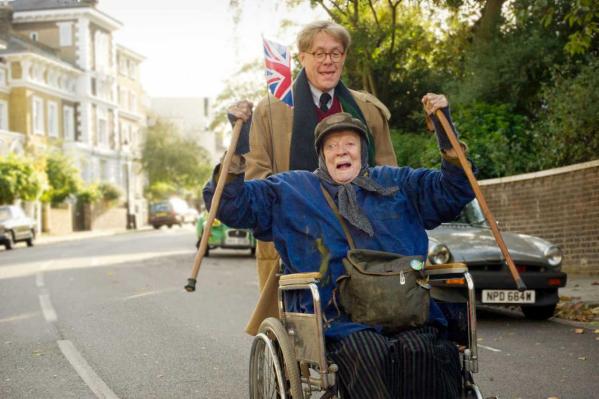 This isn’t helped by the character of Bennett.  While Alex Jennings is a striking fit for him, the decision to split his personality in two, the one that goes out and lives and the one who writes, leads to a lot of self-reflective passages as he ponders on his life.  The fact the character is incredibly annoying makes these stages tedious at best.  I have to be honest and admit I know little about the work of Bennett or the man himself, so whether that is just personal taste or the fault of the performance I don’t know, but his frustrating self-obsession was beginning to grate within ten minutes and whenever he was left on screen by himself I found myself wishing I could turn it off.

On top of this there is a real wasting of some good talent.  James Corden, Dominic Cooper and Frances De Le Tour all pop-up but often only for one scene.  If you were to watch this in ten years you would assume that this had come out much earlier than it did and you were witnessing these famous faces before their big break.  Even Jim Broadbent, who has slightly more to do, feels woefully underused as a dodgy figure from Miss Shepard’s past.

This all leaves a film that is at times wonderfully fun but at others is downright tedious.  Maggie Smith is without a doubt the star of the show and when she is on-screen it sparkles with an acidic wit that will have you laughing.  The problem is with everything else that is going on and she deserves a better film around her.  As it stands, it’s one that will be an enjoyable watch on a Sunday afternoon sometime in the future, but unless you are a Bennett enthusiast, you should be in no rush to see it.