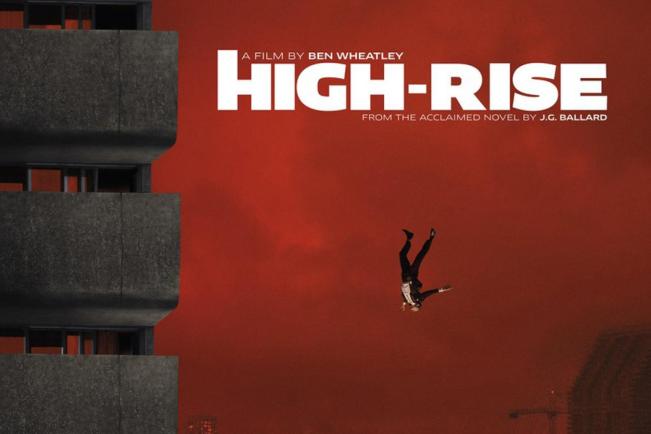 Few filmmakers could be attached to a film based on a J.G. Ballard novel and seem a natural fit. However, very few filmmakers are Ben Wheatley. Now five films into his career, he has already shown an unbelievable talent for taken twisted ideas and turning them into magic. If anything, it would be insane for him not to direct High–Rise.

Set in 1975 – but a 1975 which is unlikely to be that familiar to anyone that lived there – High-Rise introduces us to Dr. Robert Lang (Tom Hiddleston) who has decided to embrace the future by moving into a modern high-rise apartment. The building is set up so that you never have to leave with everything from supermarkets to gyms on hand for those living there. Unfortunately, this idyllic paradise soon turns to ruin as the upper and lower floors clash.

The film then descends into a twisted, violent and darkly humorous social commentary. Lang meanwhile sits on the sidelines, involved but removed as chaos reigns. This is, of course, Wheatley at his most comfortable. Few people create insanity in the way that he does, and as this apartment block falls apart, he captures it wonderfully. The debauchery and violence are genuinely horrifying to watch at times and yet is sprinkled with the kind of fucked up humour that only those who think in a certain way can appreciate. 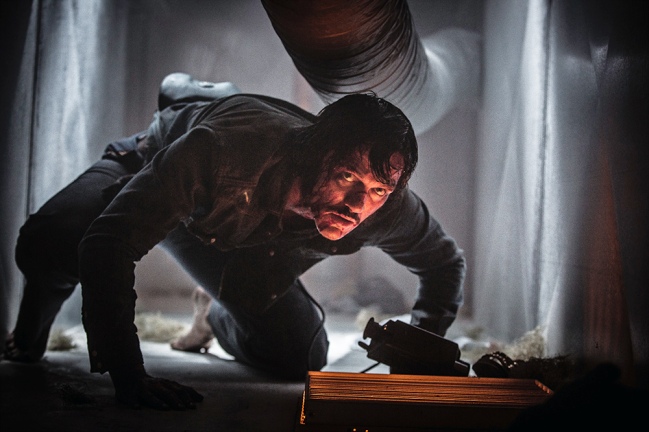 Lang’s position in the block gives Hiddleston an unusual place in this film. He is almost defined by his lack of personality as his world collapses. Yet, there is something unnerving under his perfect facade and Hiddleston is an inspired choice to get that across. However, even he is outshone by Luke Evans, who plays Richard Wilder, a documentarian from the lower floors who is determined to record the social injustice. He is a pent-up wave of emotion constantly on the verge of exploding at the screwed up world he lives in. While Sienna Miller continues to show an aptitude for delivering fantastic performances in supporting roles as Charlotte Melville, a character who seems to teeter on the edge of self-destruction.

The real stars of High-Rise, however, are Wheatley and his wife Amy Jump, who adapted the novel. Wheatley is a filmmaker of extraordinary talent, who relishes being in the grip of insanity. While Jump’s script takes a novel that many proclaimed unfilmable and places it on the screen like it was always destined to be there. It is the first time the pair have been given the budget to work on this scale and if this is anything to go by, we can only pray they get the opportunity again.