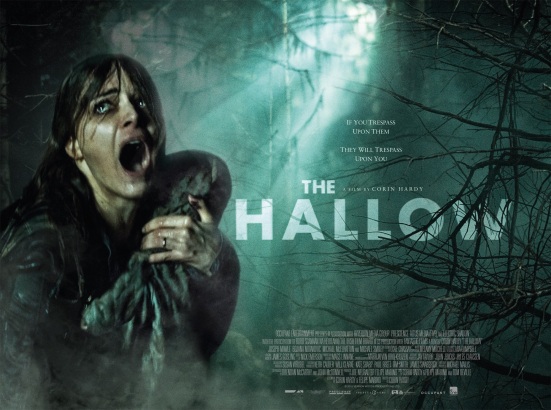 Putting two people in a cabin, dropping them into the woods and then turning it into a film worth seeing in 2015 is a hard job.  The cabin in the wood genre has been done to death and unless you are offering up a comic or intelligent alternative, the odds are any attempt to get it out there will end up dropping straight onto DVD.  The Hallow is far too good for such a fate.  Directed by first-time director and horror fanatic Corin Hardy, it is a creepy monster film that points towards one hell of  future.

A month into their new lives in the woods of Ireland, it is fair to say that Adam and Claire Hitchens, along with their newborn child, have not been warmly accepted.  At first plagued by superstitious locals who are angry at Adam’s job, which involves him cutting down trees, they slowly realise that there is more than that to deal with.  Something in the woods doesn’t like them and is determined that they won’t hang around.

The film quickly descends into a siege movie, with Adam and Claire grasping for the iron as the demonic fairies of the Hallow attack their house and go after their child.  Unlike many films, the monsters here aren’t hidden and you can see why.  For a film made on a low budget they are incredible.  Hardy has spoken of his admiration for the great practical effects people of the past and that comes out here.  These creepy creations bring to mind the work of Guillermo Del Toro and there is little higher praise. 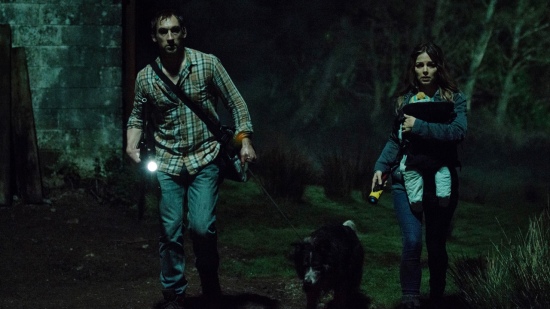 It’s not just Del Toro that this film invokes.  There’s the Evil Dead, Straw Dogs and a whole host of horror staples.  Yet these influences never seem to overwhelm it.  It’s intelligent enough to stand on its own and little touches, like the suggestion that these fairies have been driven mad by a fungus, make this rounded enough to dwell in the mind.

Of course, where a horror movie stands or falls is in the scares and there are plenty here.  It is dark and claustrophobic as these Irish woods pen the family in and even the slightly stereotypical locals don’t come across as completely ridiculous in this setting.  With the twisted trees and old house, you begin to see things that may not have even been intended by the filmmaker. 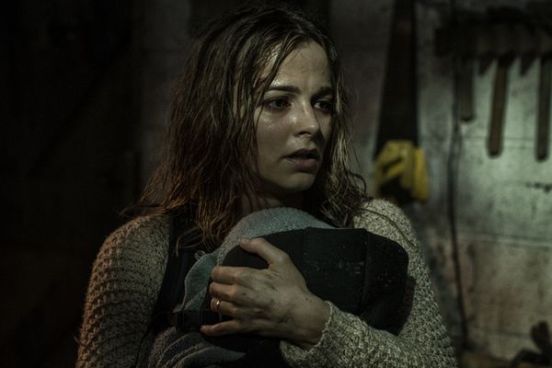 Joining the director in impressing is Joseph Mawle and Bojana Novakovic as Adam and Claire.  Mawle, in particular, is brilliant as the influence of the Hallow begins to plague his mind.  There are long periods where he says little but with his body language and eyes says more than his mouth could.  Novakovic meanwhile continues a tradition of complex female characters in horror films.  She plays Claire as a woman going through hell but who keeps picking herself up and going again.  She is neither strong nor weak but a combination of the two.

The Hallow may not be perfect, but it points to one hell of a future for Corin Hardy.  His next film is set to be the remake of The Crow and if this is any hint, he could well create magic with a franchise that has always deserved better than it got.