Christmas films, much like Christmas music, have a rather poor success rate.  For every It’s a Wonderful Life there are ten Home Alone 2s.  Standing out among the crap is hard.  One surefire way to not get ignored is to base your film around an evil Santa Claus, Krampus.

On the surface Krampus kicks off like every other Christmas film, the merry jingle of ‘It’s Beginning to Look a Lot Like Christmas’.  Yet in a twist on the traditional formula, it plays over scenes of shopping mall devastation.  Parents being tasered while they fight over the must-have toy of the season.  It’s this tongue in cheek attitude that makes Krampus worth a watch.

The Krampus himself is the anti-Santa Claus.  Called down when Max, fed up of his families arguing over the Christmas period, rips up his letter to Santa.  Armed with a bag of anti-Christmas gifts he wrecks havoc on this unmerry family.  Dishing out death to adults and children alike. 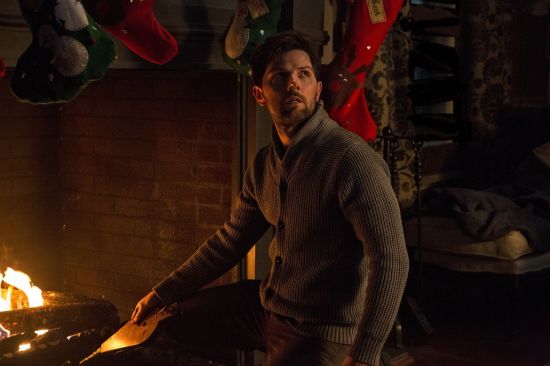 The ultra violence, which includes everything from demented gingerbread men to human swallowing jack in the boxes, is delivered with its tongue firmly planted in its cheek.  Which is both the film’s greatest strength and its biggest weakness, the sad fact of the matter is, it is just not scary.  It will make you laugh, but you are never going to be quaking in your seat.

Which ends up being okay to be honest, Krampus is over the top fun.  If you want scares you should really look elsewhere.  Much like director Michael Dougherty’s Trick ‘r Treat this is a campy love letter to the genre.  Leaping through horror tropes with a maniacal glee as it builds towards its satisfying twist. 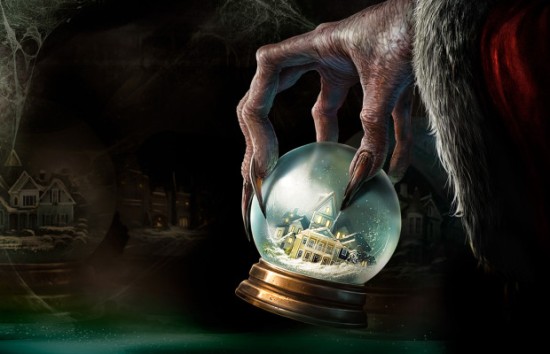 And yet despite this B-movie feel it is bolstered by one hell of a cast.  While I’m sure Toni Collette has had tougher acting jobs, she does everything right here as the anxious mother.  While Adam Scott‘s growth from job obsessed father to shotgun wielding hero is good fun.  Elsewhere, David Koechner and Conchata Ferrell do horrible family well enough, that for at least a while you are hoping they meet a grizzly fate.

Krampus is by no means essential.  It is a classic 3 out of 5 which will please horror fans and pass everyone else by.  However, it adds one more pleasing Christmas film to the holiday pantheon and is sure to spawn a whole host of sequels (which not to pre-judge, but are only going to get worse from here.)  It is daft fun for fans of Gremlins and violence and yet still delivers a good old slab of Christmas fun.