I have never understood Bethesda games. I played Oblivion but ended up rushing through it just to get it over and done with while I have bounced off Skyrim and Fallout 3 more times than I count. I appreciate the vast worlds they create but there is just too much, and I quickly got bored of walking through them and killing things. That is until Fallout 4.

Because when I sat down to play this suddenly all the problems I have had with previous Bethesda games disappeared and now I come out the other end (at least for now) having put more hours than I would be happy to admit into it. Suddenly trudging across the Commonwealth Wasteland wasn’t a chore but something I actively enjoyed doing and the sense of exploration which so many people had assured me was a part of this game caught up with me. 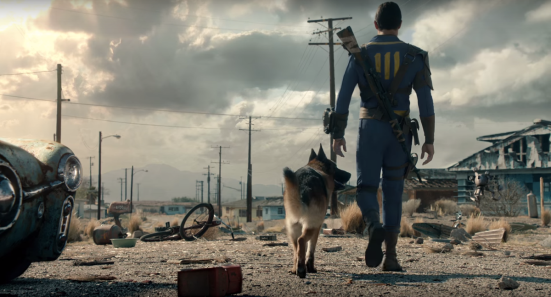 Which is strange, because it is still riddled with faults. At the end of the day, nearly every mission revolves around the simple idea of go here, shoot something, come back here and receive an award for it. Some of them are dressed up in fancy attire – there are a couple of side missions which I loved – but they don’t change from that simple formula. Meanwhile, the main storyline is quite frankly cack. The game also has more than a few performance issues, sometimes slowing down to a crawl on PS4. At one point I ended up dead because it decided I was no longer allowed to shoot my gun not to mention the numerous times NPCs just stood and stared at me for 30 seconds before deciding to continue the conversation.

And yet despite all of that I loved it. Because when you ignore all the faults – which in a game this big is quite easy to do – there is so much fun to be had. There are characters you meet along the way who join in your journey who have no impact on the wider narrative but become an intrinsic part of your trip. Take Cait, who you meet cage fighting for the entertainment of raiders and who joins you on the road. As you bond with her, you discover her horrifying past and help her conquer her addictions. It’s not an important story in the wider scheme of things, and I’m sure a million other people played it, but it felt personal to me.

What’s funny is these are all the things that I have seen written about Bethesda games before and which I have never been able to find. Everything I can think to say just echoes the views of another and I think the only reason this game hit me was entirely personal. As someone who has spent the last few months desperately trying to escape a rut suddenly this all made sense. It was a world that I could disappear into and while it occasionally makes no sense – I mean some of the item locations are ridiculous – it was good enough to make up for the real thing. It might not have actually helped me progress in my real life, but it gave me something to cling to.

Which is funny, because it more than likely means that the next time a Bethesda game comes out I will bounce right off it again. I will go back to not understanding. Fallout 4 came around for more at a very particular time and place when I needed it and that was enough. I may never delve into these worlds again, but when I finally did, I got what I needed.