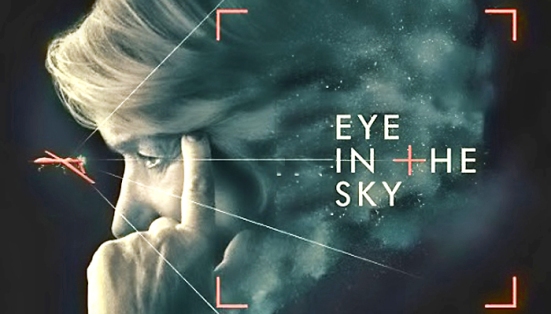 Gavin Hood’s Eye In the Sky is a film with a lot of questions, however, not necessarily one that is willing to provide answers. Much like last years rather overlooked Good Kill it puts drones at the centre of its plot. Unlike that film, this doesn’t just focus on the pilots but every other step up the ladder in the decision-making process as well.

It’s a ladder that is populated by one hell of a cast. From Aaron Paul’s drone pilot up to Helen Mirren’s colonel and even further up to Alan Rickman (in his final live-action role) as a general. Elsewhere, we have Barkhad Abdi on the ground as an undercover agent in Kenya. The four of them and others are all on the hunt for several key terrorists who are holed up in a house in Kenya. The question then is whether it is ethical and/or legal to use a drone strike in order to take them out.

This is a war film but not in the traditional sense. In fact, most of it is conducted over the phone with various characters looking for those further up the ladder to help them make a decision. As the situation on the ground continuously changes Mirren’s Colonel Powell faces a battle to convince those in charge to let her take the shot no matter what ill consequences it may have.

And it’s a genuine moral quandary. Everyone that watches this film is likely to have differing views. The people they are looking to attack are dangerous, and you see them preparing two young radicals to go and conduct a suicide bombing somewhere in Kenya. With only one drone in the sky, they know that the second they leave that house at least one of them will be lost to them. On the flipside, on the street outside sits a young girl selling loaves of bread. A girl who we are introduced to throughout the course of the film. Whose father is working with the terrorists in order to survive and who hides his educating of her from them. 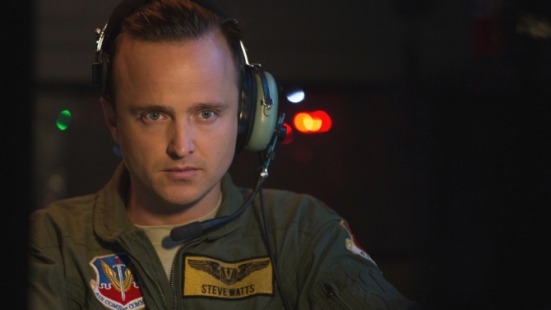 It’s a decision that thankfully most of us don’t have to make, but Gavin Hood’s handling of it is wonderfully delicate. On one hand is he not afraid to show that these are bad people, but he never falls into the trap of saying that because they are bad everyone attached to them is bad too and the people fighting them all smell of roses. Both sides are given their platform, and it leaves the audience conflicted as to what must come next.

Eye in the Sky is a new breed of war film and one that gets its tone near perfect. This isn’t about men on the ground charging into action to become heroes. But about men and women sitting far away in offices having to make life or death decisions. It features some wonderful performances and will without a shadow of a doubt make you miss the great Rickman all the more. However, the overwhelming feeling when you walk out of that cinema will be relief that you are just sitting in front of a screen watching that decision be made and not taking part in it yourself.