WWE are doing a good job of keeping interest in the generally barren months after WrestleMania. The self-proclaimed ‘New Era’ may be a little bit less fresh than it first appeared but it is still change. However, none of that matters if when the big shows come about they fall flat, so let’s see whether Extreme Rules kept up the game.

The Club defeated The Usos by pinfall

The Usos entrance is one of the worst in wrestling right now. Not because of the haka (which I quite like) but because no matter what happens, they never mix it up. This feud with The Club is supposed to be violent and angry, so why are they so happy? It looks even stranger when the crowd is booing the hell out of them. WWE is in danger of hurting their popularity by connecting them with Reigns. I did enjoy this match, though. Anderson and Gallows look good when they are beating people up, and it was a good time for them to pick up a relatively dominant win after having done the job quite a bit lately.

It was nice to see Lana introduce Rusev; it might feel like going backwards but if they reverted to doing everything they used to do with him I would be okay with that. A big part of that is giving Lana more to do. Rusev looked dominant here, and that is all that matters. However, Kalisto deserves credit for making him look good. The way he takes The Accolade is incredible. 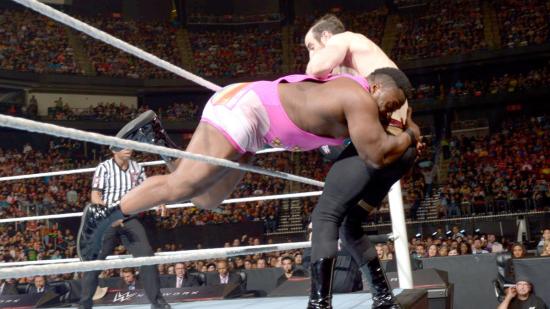 There was something to Cole’s point that Woods is the underrated member of New Day. He is, of course, the brunt of the comedy but his selling in the ring is rarely appreciated. In saying that, I didn’t like him kicking out of the Whirling Dervish, as it felt too early for that. It was also weird to see the faces use the man advantage to win. I’m nor sure how I’m supposed to feel about that, but I am glad it protects The Vaudevillains. I like that team and adding a pissed off edge to them could be vital. Outside of all that, the match was okay. Nothing special.

I haven’t always loved the way Owens has been booked on the main roster – his ‘Mania appearance was a waste – but that PPV stat is great. If nothing else they trust him, and that means a lot. This match was everything I expected it to be. Joy from start to finish with the near fall off the Skull Crushing Finale being particularly brilliant. In fact, there were numerous occasions that I thought this was over and done with. Every single man got a moment where you thought they might have it and if there had been a way to declare it a four-way draw that would have been great. I think having Miz win was the right choice. All four of these guys still have so much to give in this feud and Miz is the one that can piss the rest of them off best. 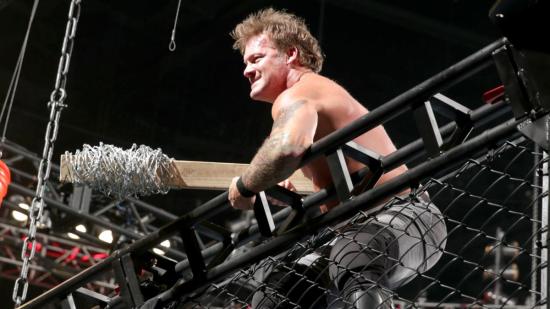 This was meant to be a deadly match, and yet it included the line ‘he just poked him in the ear with a mop.’ It is weird that a stipulation supposedly created by Ambrose summed up his character so succinctly. On one hand, it is violent and wild. On the other it is a bit silly. Outside of that, this match felt slow and not only because Jericho has lost a step or two. The constant cycle of climbing the cage and using the weapon, climbing the cage and using the weapon got tiresome quick. It made even less sense when people were climbing to get a straightjacket when there was a 2×4 covered in barbed wire already in the ring. The whole thing was given too much time and me, and the crowd were bored. The right guy won, though.

Charlotte defeated Natalya by submission to retain the Woman’s Championship

This feud hasn’t been perfect, but certain things WWE has done has made it appear significant. That the Woman’s Championship now seems to be getting second billing on Network Specials alone feels like a big step. However, that doesn’t matter when they are neither given the time or respect that they deserve. This was the perfect moment to have Charlotte cement herself as a strong champ in her right, and they wimped out of it. I like Dana Brooke, and I think she works within Team Flair, but it feels like a wasted opportunity. Especially when you consider how good Natalya and Charlotte can be. 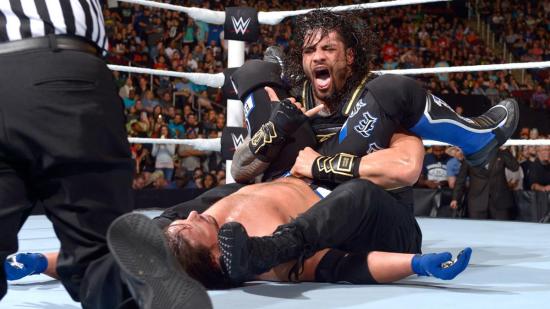 After two quiet bouts, the crowd woke up for this match, and it gave this a big fight feel. A big fight feel that both men lived up to. Reigns looked like a monster in this match and AJ continued to prove that he belongs in the main event. They took elements of their last encounter and built on it to up the brutality. Also, Reigns, ditch the Spear/Superman Punch and start using that sit out powerbomb – it looked impressive. Don’t get me wrong; there were still problems – Roman went in and out of selling his knee – but the argument that Reigns can’t wrestle is running thin. The whole’make Roman look strong thing’ on the other hand… As for the Rollins appearance, I thought it was great. The question is whether they embrace the cheers and make him a face or try to portray him as a heel despite the crowd.

Five out of seven matches on this PPV were good to great while the finish left viewers with a big reason to tune into Raw tomorrow night. The four-way and the main-event even slipped into incredible at times. It is a shame then that we had that awful gimmick match and a let down of a woman’s title fight. All in all, though, you’d have to be a right miserable bastard to not enjoy at least a bit of Extreme Rules.