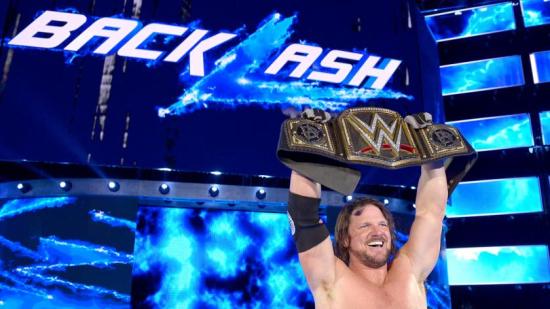 While Raw has had a pretty solid start to life in the post-brand split WWE, it has been SmackDown that has caught the eye. Even with their limited roster, they have slowly been putting together a weekly television show that is worth watching. However, even the most ardent of fans must have questioned how that tiny roster would manage when asked to carry a PPV by themselves.

And it turns out they did pretty damn well. Backlash was a solid show with some great moments, and that was without several of SmackDown’s biggest stars. In comparison to WWE’s last PPV (SummerSlam), it was a delight. A tightly scripted, well organised and enjoyable near three hours of wrestling. 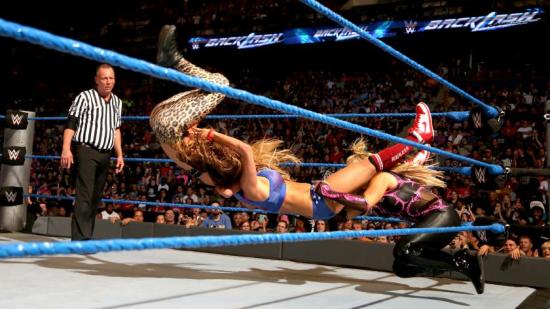 I have to admit, however, that I was worried when they kicked off with the Woman’s Title match. All six women being in the match screamed of a return to the days of old and I was dreading quickfire eliminations and the whole thing being over in five minutes. Instead, we got as good a match as you can get when you have six people in the ring. It wasn’t perfect and for her all athletic ability Naomi had some awkward moments, but it was great fun. The only major gripe was the fact all the women seemed obsessed with chucking folk out of the ring. I can get over that, though, and Becky Lynch got a well-deserved victory.

The tag title tournament was also good fun. I do question having The Usos turn heel, get to the final and lose, but Slater and Rhyno are proving popular with fans. Slater has long been under appreciated, and he’s finally getting a chance to impress. Neither match stole the show and I’m not yet sold on The Hype Bros but I can only assume The Usos will be taking the belts from the comedy team to set up a feud with American Alpha, and that can only be a good thing. 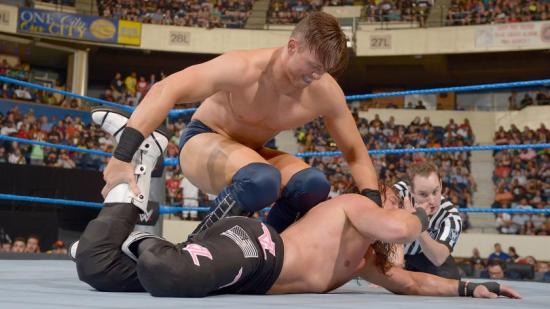 A match that did steal the show was The Miz vs. Dolph Ziggler, and it would have been the match of the night if it wasn’t for the main event. These two have feuded over mid-card titles so often that it should be boring but – as I was saying the other day – The Miz is brilliant right now. This may also be one of his best in-ring performances and between them they built a good match with a logical finish. I don’t quite know where they go with Dolph from here, but I hope these losses are building up to him snapping and finally turning heel.

Not quite as impressive was Kane vs. Bray Wyatt. I question booking Wyatt vs. Orton with the knowledge that Orton might not be fit to appear, and it looks even worse when you then have Kane pinning his opponent. Kane is a legend, don’t get me wrong, but his time is long past, and while I understand that Wyatt was in some way protected by the Orton interference, he didn’t need this win. While on the flipside, Wyatt did. It seems like it is physically impossible for him to win on PPV. Final note, why is it okay for Orton to do an RKO with a concussion? It’s a back bump that can easily see him bash his head. 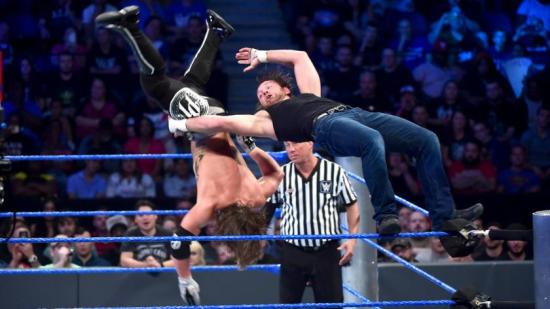 And onto the main event where AJ Styles became WWE Champion. Let’s write that again. AJ Styles became WWE Champion. Yup, still seems mental. Throw in Kevin Owens being the leading man on Raw and we can’t moan. Styles also nicely showed exactly why he should be in this match. He can have a brilliant encounter with anyone, and I struggle to think of a better showing from Ambrose since he broke up with The SHIELD. I am A-ok with the finish. Styles is a heel just off a victory over John Cena so using the low blow to win doesn’t hurt him too much here and I like that he won with the Styles Clash. Most importantly, though, I love that he is the champion.

Backlash was a WWE PPV that made me happy. It was such a pleasure to sit back and enjoy it and because of that it almost felt like an NXT event. There are still worries about the depth of the SmackDown roster, but if they can continue putting on shows like this, then I at least will have nothing to complain about.