Stop-motion genuinely baffles me. Whether it’s Wallace & Gromit or Coraline, it almost doesn’t matter how good the film is, I am in awe that it exists at all. Which you could maybe say gives Laika Studios a bit of a free pass. Much like Aardman they are a group dedicated to stop-motion releases but they also happen to be brilliant.

Kubo and the Two Strings is their latest film and has all the trappings of an old-fashioned adventure. Kubo (Art Parkinson) is a young storyteller who can bring pieces of paper to life with the help of his guitar. However, his mother warns him never to stay out after dark because of his Grandfather, the Moon King, who wants to steal his other eye (having already taken the first one when he was younger). Unsurprisingly, Kubo makes the mistake of not heeding that advice and is thrown into a quest to find a set of magical armour which will protect him. 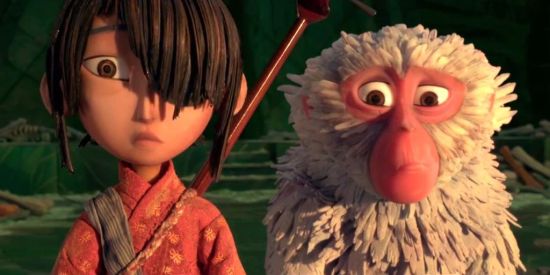 Along the way, he is teamed up with Monkey (Charlize Theron) and Beatle (Matthew McConaughey) both of whose names are very much literal. Hot on their heels are Kubo’s rather terrifying aunties who will send a shiver down more than just the children’s spines.

Which is one of the reasons why I love Laika. They aren’t afraid to add a bit of terror to their children’s films. It’s what made them the perfect choice to adapt Coraline and it works wonderfully here. They understand that just because their audience is younger, it doesn’t mean they have to be treated like idiots, they can still be challenged by what they see on the screen.

You don’t have to worry, though. There is still a lot of fun to be had in this film. McConaughey’s Beatle is the general comic relief, and his slapstick humour combined with his total idiocy raises more than a few laughs.

If there’s a downside, it’s that the quest does feel a bit simple. Even ten more minutes of fleshing out would have added to it a lot and as it stands it is almost like our heroes stumble upon everything they need. 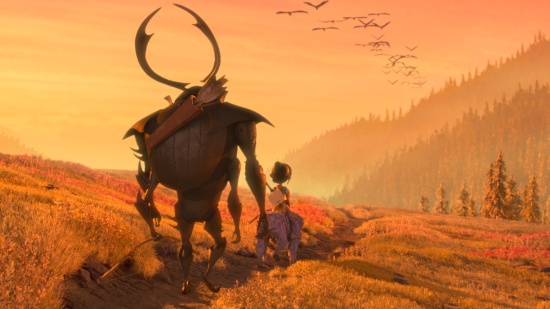 But that is easily forgiven. For spending time in this world is intoxicating. From the huge set pieces of a warrior skeleton (which we get a glimpse of the mechanics behind after the credits, something that it is worth waiting for) and unsettling eyes lurking at the bottom of a lake. To the simple touches, the way Kudo’s hair moves in a breeze. This would be a feat of more modern animation, but the fact that it is stop-motion makes it all the more incredible.

It feels like our cinemas are full of brilliant films at the moment. From Hunt of the Wilderpeople to Hell Or High Water. And yet it might be this stop-motion animation that outclasses them all. It’s a gorgeous film that even as a grown man fills me with a sense of wonder. I’m in awe of Laika because of their stop-motion, but their story writing isn’t far behind.