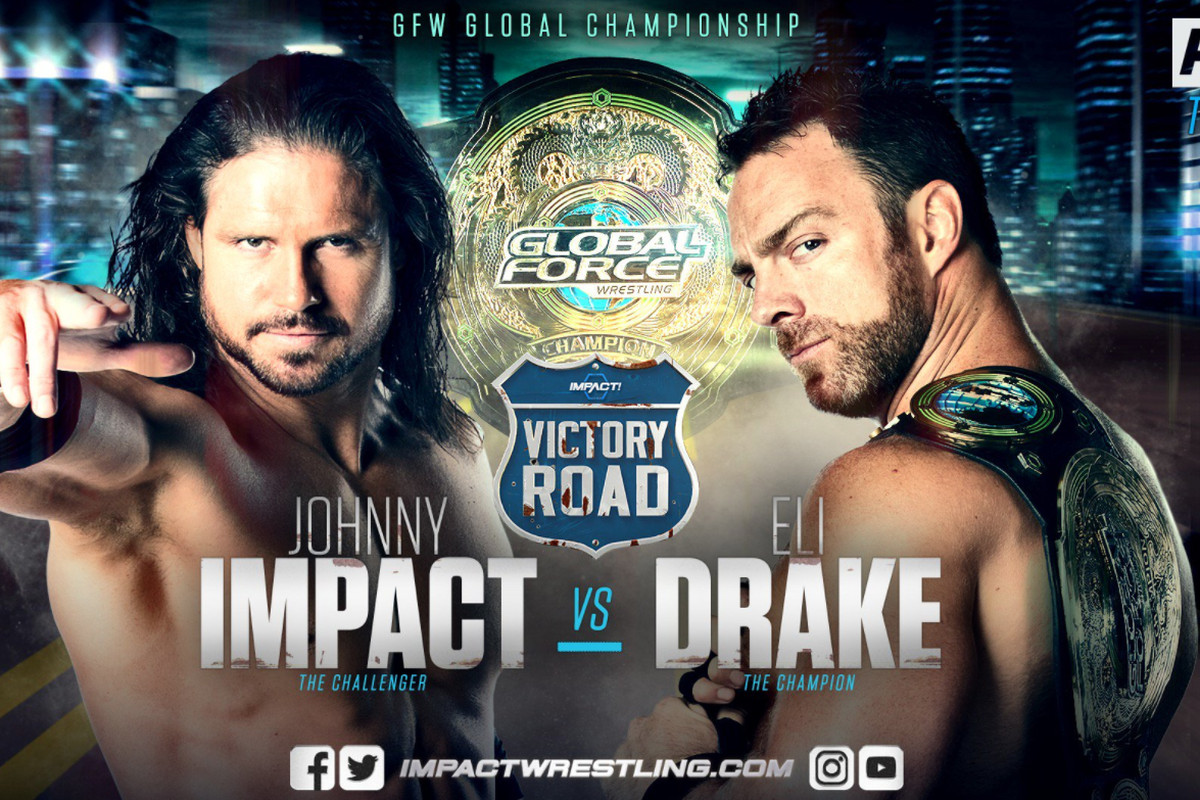 Once more into the breach. Credit: Impact Wrestling

With the almost daily announcement of some new disaster occurring for Impact (I think it’s Impact again now), it’s easy to forget that they are still producing wrestling. Yet, they are, and this week was Impact Victory Road. Much like Destination X, this wasn’t a PPV, but a special edition of the weekly show. Despite that, I figured I’d give it a shot. What’s the worst that could happen? Let’s dish out those stars.

Petey Williams is 36 years old, which makes you realise how young he was during his first run in the X-Division.

It was all Williams in the early going as he pulled out some flashy offence. Then – as he would throughout the match – Caleb Konley got involved. This allowed Trevor Lee to dish out a pounding, but Williams did manage to escape and hit the Destroyer. Sadly, Konley was there to prevent the three which led to him being sent to the back. A few minutes later, Lee won with a double stomp to the chest.

This was an impressive performance from Williams, but Konley’s interference soured the early part of the match. When he was finally out of the picture, it was over and done with before it could get going. A fine match, but nothing you need to see.

The build-up to this match gave us a glimpse of Karen Jarrett and Jim Cornette, and I was reminded why I don’t watch Impact.

Sienna and Taya Valkyrie feel kind of interchangeable, they wrestle like people who still have to think about everything they do. The face team were a bit more impressive as Kim sold the heel’s heat section well while Allie had a fiery hot tag. She would end up taking the fall, though, as Sienna stole the victory with a roll-up.

This was worked at a million miles an hour so was never boring. At the same time, no one will remember it in a week.

Grado apparently goes to fake restaurants in his wrestling gear. Actually, I follow him on Instagram, I believe that. I’m not sure if this angle with Joseph Park is going anywhere, but anything that keeps Grado on TV is fine by me.

Back in the ring, James Storm dished out some casual racism. It’s great that Impact is bringing in people from companies like AAA. It’s sad that it turns into America vs. Mexico. Surely they can think up something better than that?

After a quick brawl on the floor, LAX controlled the early portion of this match and were firmly in charge coming out of commercial. Jake Crist got the hot tag and hit some cool offence before failing to get an oVe chant going. They deserved one after that superplex powerbomb combo, though. That was great.

Ortiz came back in and regained control with a running DVD to Jake Crist onto Dave Crist in the corner. There was some really fun offence in this match but then, out of nowhere, Dave Crist hit a modified DDT for the win.

This was building up to a really good tag match, and then it just ended. It wouldn’t have needed much more, but another five minutes could have turned this from decent to great. Maybe we could have cut the MMA segment that followed it? Just a thought.

We then saw Chris Adonis being sent to the back after interfering. This was the second time that happened tonight and it always leads to questions. If refs have the power to do that, why not do it before the match starts? If the heel isn’t worried about being disqualified, why would their manager leave? What is the ref going to do? It all makes no sense.

Anyway, the story of this match was simple. Johnny Impact is awesome. He controlled 90% of the action and hit all his flashy moves while Drake looked like a chump. Of course, he still got the win, because despite all the changes, this is still TNA at heart, and they can’t miss a chance to have a screwy finish. Adonis came back down after a ref bump and they beat down Impact. Johnny had a brief hope spot, but the low blow from Drake set up the three.

This was classic TNA/Impact/GFW. There were glimpses of a good match, but it was overbooked and seemed more intent on making Impact look good than their actual champion. Sigh, some things never change.

I tried, you can’t say I didn’t try. In the future, I’m not going to bother, not unless there are some big changes down Impact way. There are a million fantastic wrestling companies that I could give this time and effort to, and Impact/GFW/whatever they’re called don’t deserve it anymore.