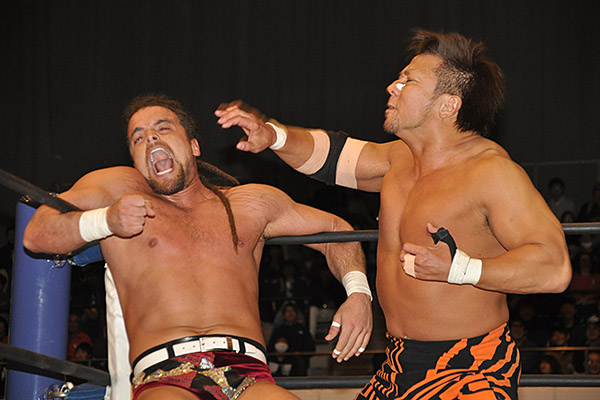 Night seven of World Tag League and your reviewer is beginning to think they might have made a mistake.

‘Please don’t make me watch any more average wrestling. I’ll even watch the bad stuff, at least there’s something to say about that.’

Let’s dish out some stars. 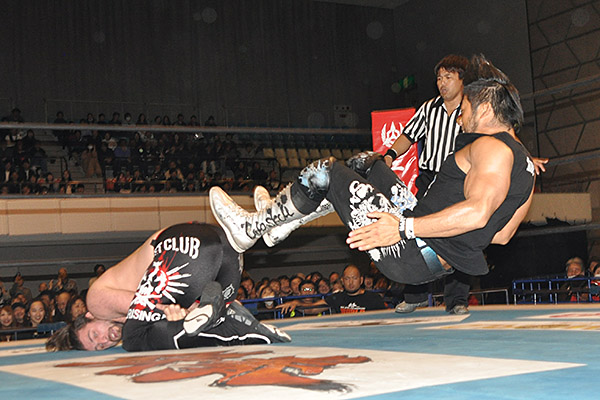 Damn, that was dull. The only remarkable thing about it was how unremarkable it was. Sanada’s hot tag gave us twenty seconds of action, although even that was Sanada going through the motions.

The most exciting thing about it was Sanada and Evil going babyface. LIJ are still a heel faction, but in all heel match-ups, they easily slip into the good guy role. With Naito heading for that big belt, I feel like there’s money in a run with them on the pleasant side of the fence. 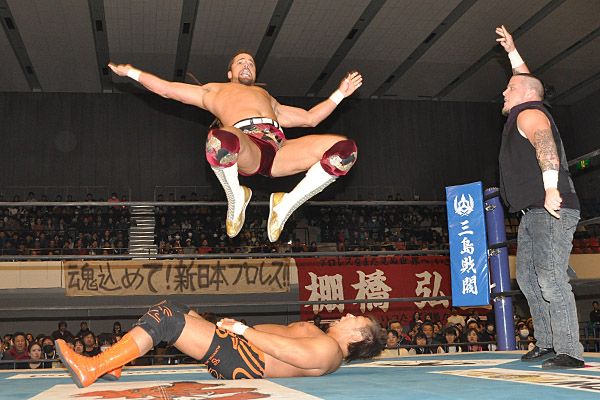 Juice’s coming out party at the G1 was kicked off by a big win over his mentor Satoshi Kojima. The question was, could he do it again in the slightly less glamorous surroundings of World Tag League?

I’m not going to keep ragging on Callihan. He doesn’t do it for me and the kiss spot makes me uncomfortable because of the way it plays with gay panic. I’ve said it all already, and there’s no need to repeat myself, although I kind of just did.

What I am a fan of is building to a Tenzan hot tag in 2017. He charged into that ring with all the urgency of the elderly on pension day. I shouldn’t laugh because the fans still react and it’s not his fault he’s old, but I can’t help it. It’s funny.

I also shouldn’t mock Tencozy because they actually went on to win what was an entertaining match. A Strongest Lariet from Kojima after the aforementioned kiss spot was enough to leave Callihan staring up at the lights. Juice isn’t the master of his mentor quite yet.

This Suzuki-gun team are the worst thing in an average tournament. I can’t be arsed with them, and if I hadn’t stupidly decided to review the whole thing, there’s no chance in hell I’d be watching this.

The nasty men attacked before the bell, and in a stunning turn of events, they even went into the crowd at one point. Is anyone else experiencing deja-vu? It was poor Nakanishi who got dragged around the building this time. It probably doubled his distance travelled.

I’m fed up with this shit. Suzuki’s matches are all smoke and mirrors now I get that he’s 49-years-old but we all of know he can do better. Even here, we saw hints of it when he and Nagata were in the ring. All they’d have to do is slap each other for five minutes and it would get at least three stars. Sadly, it was the bright spark of an otherwise tedious showing.

Verdict: Two And A Half Stars (all of those stars are for the Suzuki Nagata section) 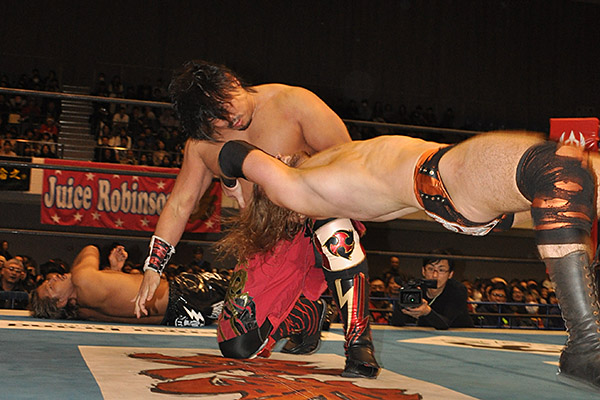 A brutal attack or a loving stare? Credit: NJPW

Before the Suzuki rumours, Goto and HASHI would have been my favourites for this tournament. They’d been booked hot coming into it and New Japan seems to like them as a team. However, with Goto looking set for another mediocre outing with Suzuki, it appears their World Tag League chances are already dead. Poor YOSHI.

If there’s a team that sums this all up, it’s Yujiro and Page. They don’t necessarily offend me. I just don’t care. Throw a  YOSHI-HASHI into that mix and the cake quickly becomes a sleeping potion. It’s a charisma deficit and I’m begging for the Goto hot tag.

Which we eventually got, but this Goto isn’t a Goto firing on all cylinders. It’s a Goto who is doing what he needs to do to get by. I don’t blame him for that (everyone is), it just feels like he’s been doing it since January 5th and it’s beginning to become an issue. That Shibata match was a long time ago.

So you’ve got three charisma blackholes and an unmotivated Goto, what does that add up to? Meh. I tried to care about this and it wasn’t happening. It was there. Not bad, not good, not anything. Just a match. 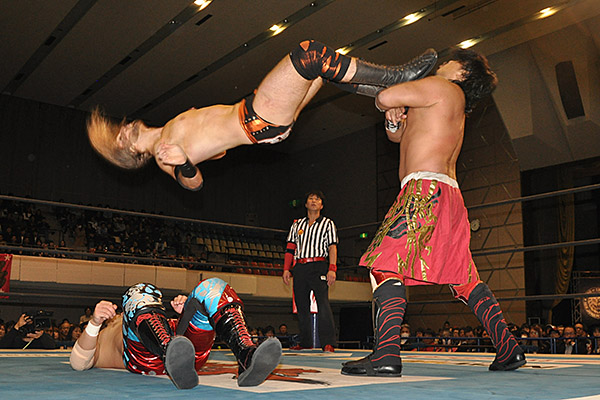 This was a tough watch. None of these went long but (with the exception of Tencozy vs Death Juice) they sped by like treacle. Every second was stopping off to have a chat before heading on its way, and by the end, I was exhausted. In a tournament that’s been defined by its lack of life, this might have been the worst outing so far.