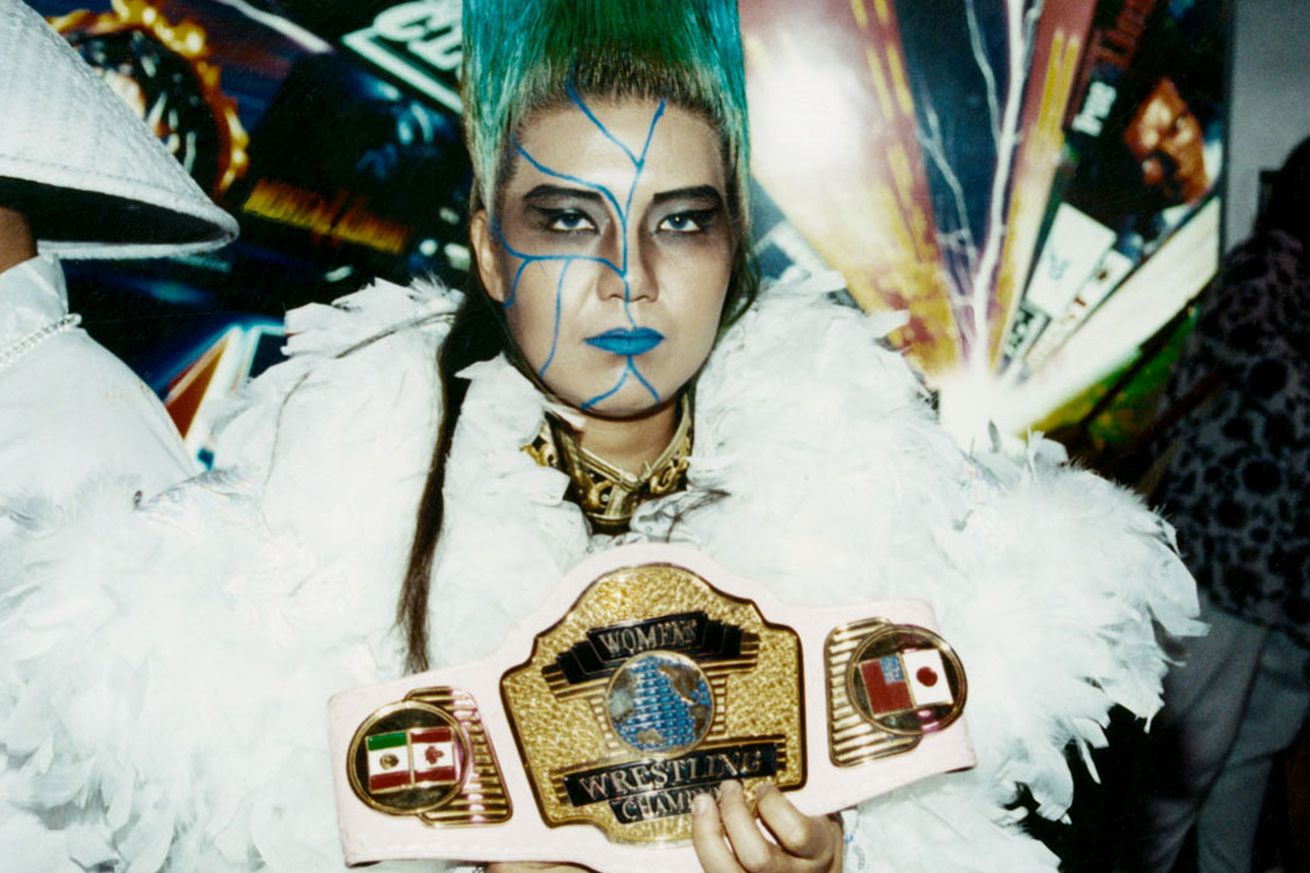 I can’t find any pictures of the match. Have Bull instead.

A quick note before we start, the list I’m using for these five-star matches has a Bull Nakano vs Yumiko Hotta cage match on it that happened around this time. However,  I can’t find that anywhere. I haven’t even come across any mentions of it outside of that list. I’m assuming it’s a mistake – Bull wrestled Aja Kong in a cage a few months before – but if anyone can clue me in, please do.

So, we move onto another five-star epic involving Bull Nakano, as she defends her title against Akuro Hokuto a year into her WWWA World Championship run. To say she’s a dominant champion is an understatement and there is a clear power advantage on one side of this ring.

Apparently, Hokuto is aware of this too because she comes roaring out of the blocks, desperate to cause as much damage as she could as quickly as she could. Within the first few seconds, she hit a German and a Piledriver. She was only prevented from adding a top rope splash by Nakano’s knees coming up to block it.

Terrifyingly, none of that even appears to faze Bull Nakano as she pops right up. I have to admit to having paid precious little attention to her career, but fuck me, she is one hell of a monster. She’s like a tank here, taking all sorts of damage from Hokuto and yet always rumbling on. Then when she gets her hands on the smaller woman, she practically murders her. While I like to talk about people dropping each other on their heads, usually, it’s not really the case. Here, it definitely was. There were some sharp looking suplexes plus a terrifying second rope Tombstone.

The best monsters are, however, raised up by their hero. Hokuto is with Bull every step of the way. She takes one hell of a beating and keeps coming back for more. One of Nakano’s primal screams would have seen me fleeing the ring in terror. Apparently, Hokuto is not so easily scared. Suplexes, Piledrivers and dives to the outside. She throws everything she has at the champion. At one point, she even hits four Top Rope Missile Dropkicks in a row, and still, Nakano rises from the mat.

Because sometimes, the monster is too big to slay. In the end, Bull hits a Bridging Backdrop Suplex, and it’s a step too far for Akira Hokuto’s broken body. She fought hard and she died well.

This was incredible. We see countless monster vs plucky babyface encounters in wrestling, but few are wrestled with the intensity and passion that this was. Even Bull’s look adds so much to the action. In my experience of Joshi at this time, they all tended to wear similar gear and present themselves in a particular fashion. Bull Nakano with her huge hair and facepaint looks like a demon come to destroy them. Hokuto tried desperately to stand in her way, she just didn’t have what it takes.