Bone Tomahawk is a strange meld of different ideas.  On one hand, it’s a traditional Western, following a posse on their hunt to save those kidnapped from their village.  On the other, it’s a horror film, when in the final act they discover those who have done the kidnapping are a group of cannibalistic troglodytes.  And yet on a strange – slightly smaller – third hand, it is a comedy, stuffed with amusing conversations and witty observations.

Nine out of ten times those three hands would struggle to co-exist.  A Western Horror would work, as would a Western Comedy.  But a Western Horror Comedy, that just sounds like too much to handle.  Especially when you take into account that when the horror comes it is swift and brutal.

Before they get there to that though the majority of the film follows Sherriff Franklin Hunt (Kurt Russell), his deputy Chicory (Richard Jenkins), experienced Indian killer and the self-declared smartest guy in the group John Brooder (Matthew Fox) and the husband searching down his wife – while nursing a broken leg – Arthur O’Dwyer (Patrick Wilson). The foursome cross the desert in pursuit of the kidnapped victims and deal with all the dangers that involves, as well as each other. 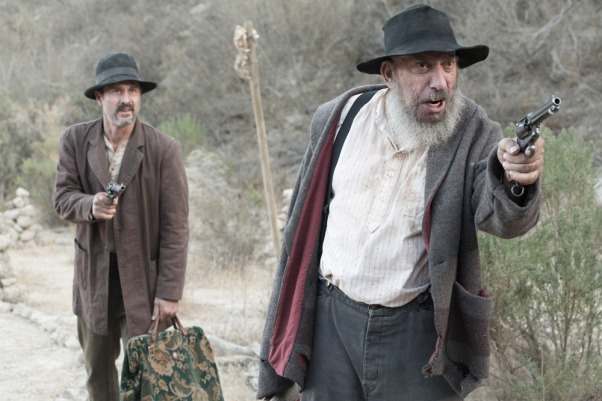 It is here where most of the comedy comes and also most of the traditional Western elements.  Director S. Craig Zahler is in no hurry to get anywhere, and the journey takes up the bulk of the film.  As they travel, they come face to face with thieving Mexicans and discuss how to read a book in the bath without destroying it.  It’s the slowest part of the film but is surprisingly good fun.  Not much happens, but your time in their company is enjoyable.  You truly get to know these men and it makes the future horror elements all the more dramatic.

It helps that all four are on top form.  Kurt Russell playing a sheriff is easy casting and you do get the impression that he could do in his sleep.  Which makes it all the more impressive that he seems fully committed to the role.  Wilson meanwhile is all seething anger, pissed at his broken leg and the people who have taken his wife.  Jenkins finally brings the comic relief, his random anecdotes completely unconnected to what else is happening but all the more entertaining because of it. 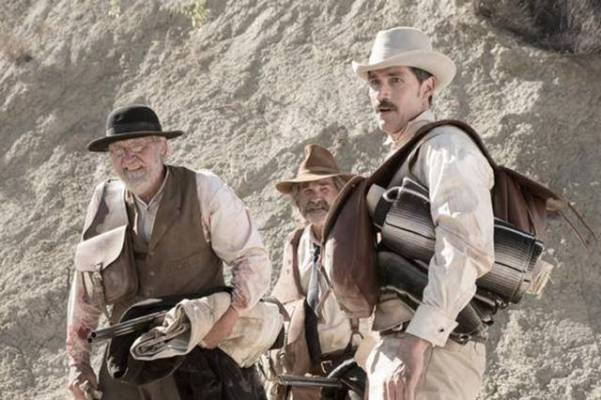 As mentioned when the violence comes it is short and it is bloody.  There is no showing off here and flesh is cut as smoothly as butter.  Even as an experienced horror fan there were moments when I had to turn away in disgust, gritting my teeth at what was happening on the screen.

There is a good chance Bone Tomahawk will fail to find its audience.  Too slow and reflective for some horror fans and too bloody and violent for lovers of Westerns.  But for those that are happy to sit and let it take them on the journeys it is going on, there is a really good film here.  It takes its elements and melds them together to create an atmospheric and often damn scary picture.