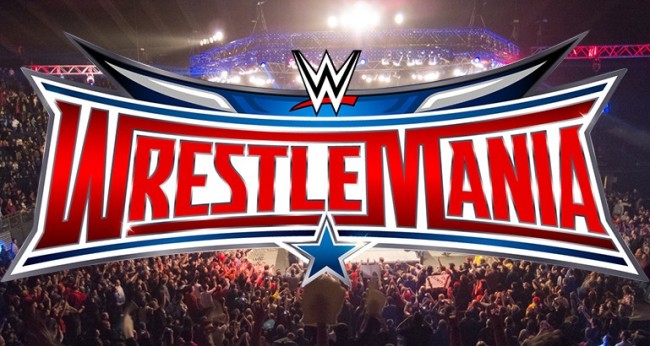 It is here. The weekend that wrestling fans the world over look forward to is just days away and WrestleMania 32 will already be rolling into Dallas. As usual, the card has already been pored over in nearly every wrestling related publication on the go and discussion of it has almost got boring. However! That won’t stop me throwing my two pence into the well and if you haven’t had enough of the WrestleMania 32 chat: here are my thoughts.

Kalisto (C) vs. Ryback For The US Title

I can’t be the only one who wishes this feud was caught up in the multi-man ladder match the IC title is in, and Kevin Owens was heading into a singles encounter at WrestleMania? However there is not gong to be a change now, and this is what we are stuck with. This is a hard one to predict. At one point Kalisto seemed to be on the verge of a big push but since winning the title he has essentially become a non-entity. Ryback meanwhile goes in and out of pushes on a weekly basis and has now been thrown into one of WWE’s favourite go to stories, big guy hates little guy. Either man could win and I don’t know if I care either way but I’ll go for Kalisto to kick the pre-show off on a babyface victory.

On the WrestleMania card where WWE finally has a great Diva’s title match on the card, they also have the kind of filler that they have using the Diva’s for, for years. I don’t care who wins this match. I don’t understand why Emma’s return to the main roster is to be a generic member of the heel team. I really don’t understand why Eva is a face all of a sudden. But most importantly, I just don’t care.

The Usos vs. The Dudley Boyz

Much like the throw all the Divas on the card match, I don’t give a shit about this one. It has become apparent that WWE saw none of Bubba Ray Dudley’s heel work in TNA or if they did, they didn’t care. Again I don’t think it matters who wins. The Usos have had all the character progression of an orange in the last few years and The Dudleys have somehow had even less over a longer period. Who wins? Once again I don’t care.

This is another match that it is hard to get excited about. The majority of the participants mean nothing and years gone by suggests that winning means basically fuck all. With that said, I can only imagine The Wyatts are going to enter this match and have Bray win. All the talk suggests there are big plans for him coming out of ‘Mania, and this seems as good a place to start as any.

The New Day (C) vs. The League Of Nations for the Tag Team Titles

I feel like I have seen this match a million times. The only difference is now everyone is apparently taking part. It is strange to defend the tag titles in a handicap match, but whatever floats their boat. I think The New Day win. The League Of Nations mean nothing and I reckon The New Day will go on to feud with a debuting team on the Raw after ‘Mania. I’m sure the match will be entertaining but like much of the undercard, I am struggling to get excited about it.

This match could well steal the show. Styles and Jericho have had good matches, but they are yet to set the world alight and I struggle to imagine that they won’t do that at the biggest show of the year. AJ obviously picks up the win, because anything else would be stupid. However, I really hope they go out there and blow the house down and it propels AJ to the top of the card.

Kevin Owens (C) vs. Sami Zayn vs. Dolph Ziggler vs. Zack Ryder vs. Sin Cara vs. The Miz vs. Stardust for the IC Title 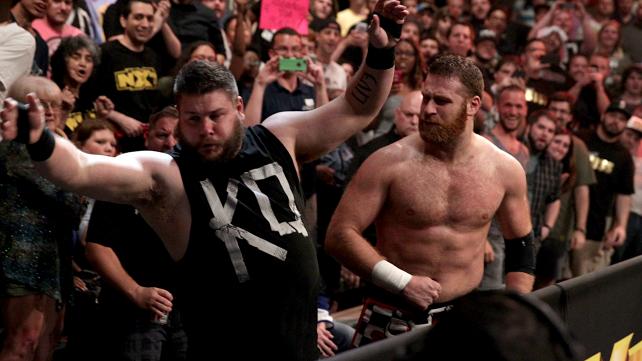 I really wish this was just Owens vs. Zayn. However, we instead have five men who basically mean nothing tagging along on what could be an amazing feud. Does anyone seriously believe that anyone apart from those two men is going to win this match? Because if they do, I will do something very silly. (Don’t want to promise too much.) I think Owens either wins, but in a way that keeps the Zayn and him feud alive or Zayn picks up the upset. I’m personally going to go with the latter. Before that happens it will be a stupidly entertaining match that will fuck up all the participants and we should all question whether it is really worth it.

Charlotte (C) vs. Sasha Banks vs. Becky Lynch for the Diva’s Title

The biggest challenge this match faces is whether WWE treats it like a big deal. The match will be good because these three women have wrestled countless times and are all talented good but if it is thrown out with no pomp, it will hurt the division more than a million bad matches. Sasha wins, however, because she’s by far the most over out of the three and it hopefully sets up her vs. Bayley after ‘Mania is over and done with.

Dean Ambrose vs. Brock Lesnar in a Street Fight

This match will be brutal. Brock Lesnar is one of the stiffest workers in the WWE and Dean Ambrose has no qualms with throwing himself into a fight. I honestly don’t know who wins. A few weeks ago I would have laughed if you’d suggested anyone but Brock picked up the win but Ambrose is on such a roll at the moment that maybe he should be the man to slay the one in 21-1. Either way I expect this to be one hell of a fight and I am looking forward to it.

Shane McMahon vs. Undertaker in Hell in a Cell 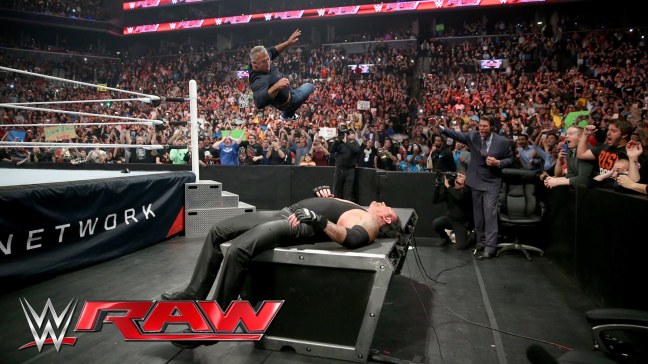 If I am unsure who is going to win the Brock Ambrose match, I am completely confused as to who wins this one. From a simple booking point of view, Shane has to win. You don’t bring back a guy promising change and then not let him do it. However, can Shane really beat Undertaker at WrestleMania? Considering how closely they have guarded ‘Takers mystique over the year it just seems like that would be an insane idea. The other big worry is just how far Shane goes in order to make an impact. The guy isn’t young anymore and the last thing we want to see is him being wheeled out on a stretcher. All things said I think ‘Taker has to win but I genuinely don’t know and that is exciting.

Triple H (C) vs. Roman Reigns for the WWE Title

If the last two matches are up in the air as to who will win. This one is a lock. Roman Reigns has to pin Triple H otherwise the last few months have been a massive waste of time. He will, however, be booed out of the building no matter what he does and that is a problem. The last thing WWE want is for their new babyface to end WrestleMania on that note and if they don’t find a way to fix that. It could be very embarrassing.