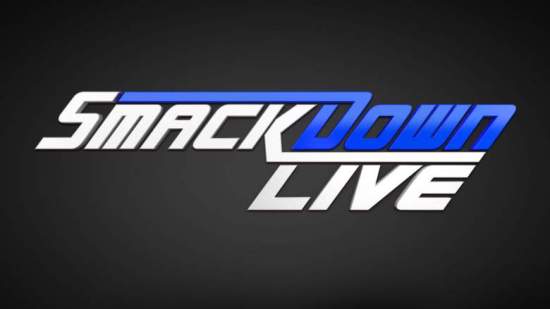 After Raw’s rather successful reboot on Monday night, SmackDown followed suit with their first proper live show on a Tuesday. While I obviously want Raw to be great, I really want SmackDown to succeed. My wrestling education was birthed in the technical excellence of Paul Heyman’s SmackDown, and it has genuinely pained me to see the Blue Brand fall away over the years.

The opening segment set up two things; one Daniel Bryan could be a cheerleader for this show. Much like Triple H in NXT, you already believe he is proud of what he’s involved in and he brings the same infectious energy to this that he is bringing to the Cruiserweight Classic. Second thought, that roster looks bare. There is some strong talent there – Wyatt, Cena, Ziggler, Del Rio and a handful more – but there’s also a lot of filler. If SmackDown is going to succeed, they need to maximise their talent and maybe look to NXT for a few more.

I did like that in the same vein as Raw they started with a tournament to determine a number one contender. I would have preferred to not have the classic Battle Royale, but at least the Six Pack Challenge is a variation on what raw did, and it does play into giving everyone a chance. The actual match was a Battle Royale, and that’s the nicest thing you can say about it. Zack Ryder had a bit of a nightmare, and I would not have made Kane the guy to highlight but since they gave the win to the younger talent I think it’s alright. Crews could be a walking highlight reel, but he needs a personality first.

I didn’t talk about it in my Raw review, but I am a fan of the new presentation. They aren’t relying on the hard camera as much, and it gives the shows a different feel. I’m not sure about the SmackDown commentary team so far: I haven’t heard much of Otunga before, and JBL has been awful recently. On the flipside, Ranallo is the best commentator in the company and gives everything a professional feel. I think the ringside interviews are also a clever touch and it adds to that sporting feel. 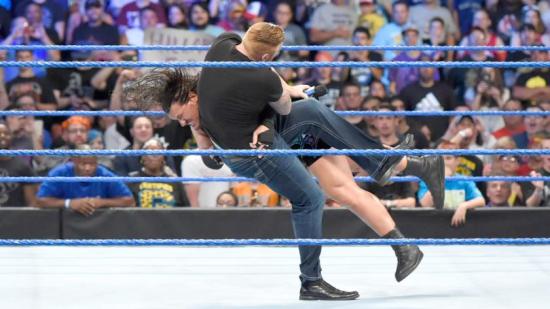 Shelton Benjamin and Rhyno are both solid to excellent signings. Benjamin adds to the vibe that I want Smackdown to give off – with wrestling being front and centre – while Rhyno is a safe pair of hands. It’s also refreshing to see American Alpha getting the vignette treatment. They are a brilliant team and could be a vital part of SmackDown if they are allowed to be. Letting the fans know who they are is a good start to that.

Talking about people being given an opportunity, Lynch getting away from Charlotte, Sasha and co could be the best thing for her. Becky’s nailing her job but the powers that be obviously put her on the rung below them. She put together a competent match with Natalya, but I’m not sure about throwing all the women out there. I hope it’s transitioning into separate feuds rather than one big one. Becky and Alexa Bliss and Nattie and Carmella seems like a good start to me. At least they’ve made Eva a heel.

I don’t know if having a MizTV on the first SmackDown was a good idea. These segments are what SmackDown has been filled with for years, and now they are trying to make it a decent show getting rid of them might be a good idea. Has he not interviewed himself before? Randy was alright. Not as good as he was at Battleground but solid. Some of his jokes were quite frankly a bit childish. The match was more about getting the RKO over which is fine, but I wish they hadn’t fed their IC Champ to Orton to do so.

He was actually overshadowed by Heath Slater who cut a solid promo. Whatever they’ve given to him he’s always given it his all, and it’d be good to see him getting a chance to shine.

You should not go into commercial less than a minute into the main event. I’d rather miss the entrances than do that. That aside, I thought the match did an excellent job of highlighting the various competitors. Corbin and Crews both had their moments while they avoided having Cena waltz back into the main event. It was also a bit different from Raw in that they gave the opportunity to an established talent who has lost their way a bit rather than a young buck. Dolph and Ambrose could easily steal the show but what they need to do now is give Mr Ziggles a character that people care about

This may sound like damning with faint praise but SmackDown’s biggest strength might be that it is only two hours long. It doesn’t feel like a chore to watch in the way that many Raw shows do. Despite that, this wasn’t as good as Raw this week. It did, however, do a few things that I liked. The show looks new and the cementing of people like Becky and Apollo Crews as being important parts of it was a good start. They also took their first steps towards fleshing out the roster with Rhyno and Benjamin. It left you with the feeling that SmackDown has a bit of a way to go before it can compete with Raw but the raw ingredients are there to make it happen.