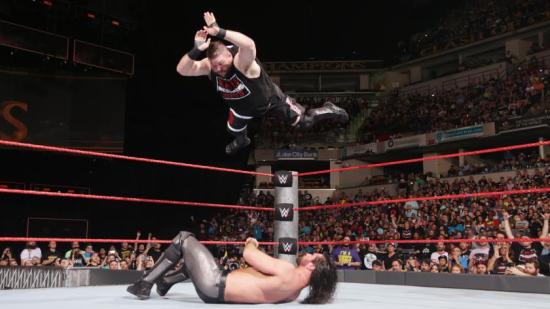 Raw has a tendency to fall a bit flat. On the weekly TV show, I tend to put that down to its mammoth runtime which has both the crowd in the arena and those sitting at home feeling exhausted by the time the main event comes around. It’s just too much wrestling to watch every week, especially when a lot of it is filler. However, on Sunday night that feeling transferred over to Clash of Champions, despite it being a show that had none of that filler.

And which on paper was three hours of good wrestling. There wasn’t a truly awful match on the card and in fact, several of them were great. Bayley, Sasha and Charlotte stole the show again (although that shouldn’t be surprising anymore) while Owens and Rollins put together a strong main event. Cesaro and Sheamus meanwhile continued to beat the crap out of each other, and we got a glimpse of how good Anderson and Gallows are at kicking ass – even if they went on to lose. 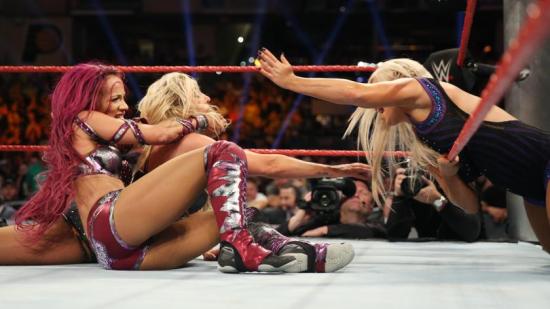 While the rest of the matches weren’t as good, even they weren’t duds. Perkins and Kendrick didn’t quite live up to the best of the CWC, but they certainly showed why the cruiserweights should be highlighted while Rusev and Reigns started slow but picked up on the home stretch. Finally, I think Sami Zayn and Chris Jericho only failed to stand out because of the feeling that those two should be stealing the show, but their encounter was still fun.

There’s hardly a bad word to be said about what went on in the ring, so why did I come out of the show feeling like something was missing? Why did I turn it off and wish it had been half as good as Backlash was? 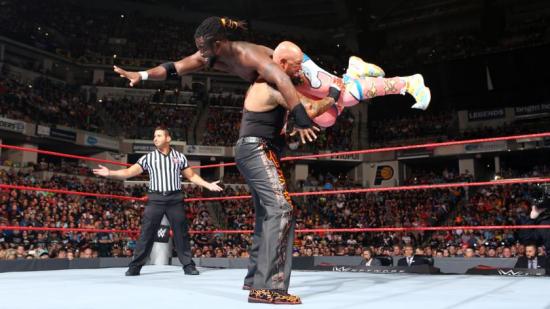 Well, let’s take the main event as an example. What was that match about? The Universal Title? No, don’t be silly. It was about impressing authority figures. Reigns vs. Rusev? It had a babyface who interrupted the heels wedding to insult his wife before viciously beating the heel up later on. The Tag Titles? Ball jokes and silliness. I could go on, but you get the point. The only match that had a semi-decent build up was the Woman’s Title Match and even it was a bit messy and was saved by a shared history between the three wrestlers involved.

Raw is in the weird position where it has all the star power and yet feels less important than SmackDown. Because while SmackDown makes every single talent count and gives them a reason behind their actions, Raw still reverts to silly WWE booking. I mean we got told for weeks that the winner of the Sheamus and Cesaro Best of Seven would get a title shot yet at no point did they specify what title. Was it worth those two men putting on the performances they did for such a poorly articulated prize?

Which makes you wonder whether Raw’s star power is its biggest weakness. While SmackDown’s creative team has to claw and scrap for every step, Raw has it easy. They have so many options that they almost don’t have to make decisions. Sami Zayn can go from winning the most personal feud in the company one week to a nobody the next because there are two or three other guys to step into his place.

When the draft split was first announced I was excited to get SmackDown back, I grew up on Heyman’s Blue Brand, and I still have a lot of love for it. When the draft was complete, that enthusiasm had been dampened. However, a few weeks down the line it’s hard not to think that if this is a battle, then Vince’s flagship show is taking a bit of a kicking and Clash of Champions sums up all the reasons why.