I both love and hate TLC. I love it for the action it brings. I hate it for the careers it shortens. However, with SmackDown on a bit of a roll when it comes to their big shows this was much watch TV, and while the carnage was at times tough to stomach, it was also damn entertaining. 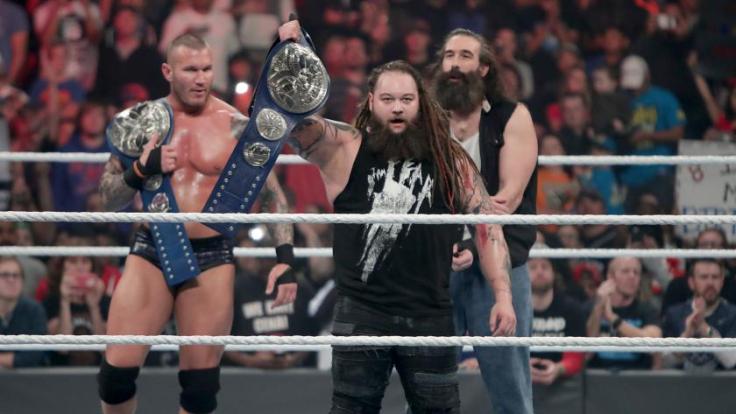 I wasn’t that fond of the Orton Wyatt pairing when it first started, but it has grown on me. We all know Randy will eventually turn on Bray, but as long as the journey to that moment works then I don’t think that matters. This match was what it needed to be. The comedy team aren’t in The Wyatt Family’s league so having them be any more competitive wouldn’t make sense. It’s nice to finally see Bray get some gold. It’s taken long enough.

Nikki Bella beat Carmella by pinfall in a No DQ Match

Is Nikki morphing into Super Bella? I don’t understand why she went over here. Nikki doesn’t need wins, Carmella does. She has feuded with Nikki since the brand split but never actually beat her. Nikki now moves onto Natalya and Carmella is left in the exact same place she was in when this thing started. That’s bad booking.

Which is a shame because the match was solid. I don’t know why there were count-outs, and the fire extinguisher spot was awful but that aside it was a physical encounter. It’s a shame that Raw made the decision to have a No DQ match between their top two women only a week before this as that will be remembered and this will be forgotten, but that’s not the fault of the women involved. They did their job, and they did it well.

Dolph Ziggler and The Miz might be WWE’s feud of the year. Considering how fed up I was of watching these two fight before the brand split, that is some achievement. Dolph, Miz, Maryse and the writers all deserve credit for that.

With this set up as their last encounter, it was all about finishing it up on a high. Luckily for them, it was Dolph Ziggler in a ladder match, which is one of the most exciting things WWE can put on and one of the scariest. I mean seriously, man, look after yourself!

It was a humdinger of a match. Both men gave it their all, and I imagine that heading into SmackDown tonight they are in a lot of pain. I’m also glad Miz retained the belt. I’m more interested in him as a pest champion than Ziggler prancing around with it as a babyface (turn him heel guys, you know it’s the right thing to do).

Baron Corbin beat Kalisto by pinfall in a Chairs Match

Of all the gimmicks WWE has come up, Chairs Matches might be the worst. I don’t think there has ever been a good one, that was until Sunday night. Kalisto and Baron Corbin took a formula that usually sees wrestlers jabbing each other ineffectually in the stomach and made it enjoyable. Fair play to them. Will it be remembered at the end of the year? Probably not, but it was fun all the same.

The second this was made a Tables Match you got the feeling Alexa was taking home the gold. It was an easy way to get the belt off Becky without her being pinned.

I can see why they did it too. Alexa has a lot of upsides, although I would argue that she still needs quite a lot of work to be anywhere near the likes of Lynch’s level. Hopefully putting the belt on her sees her flourish rather than flounder.

The match was alright. When put next to what Charlotte and Sasha have been doing it really struggles but that might be an unfair comparison. Both women worked hard but Tables Matches are tough, and this could have used being five minutes shorter. There is too much rearranging the furniture, and it all feels a bit contrived because of that.

People either love or hate James Ellsworth and I know quite a few despise the decision to turn him heel. Personally, I’m alright with it. The guy has done his role well, but the babyface thing was running thin. He deserves more of a chance and the best way to give him that is to have him go bad.

This was a stupidly good TLC match. On a card where there wasn’t a single bad showing, Styles and Ambrose were in a different league. It’s no surprise either. AJ is this year’s MVP and whether he is making himself look like a fool or hitting incredible moves he does it to perfection. It is time for these two to move apart but this was a fantastic way to end their feud.

SmackDown continues to steal Raw’s thunder. The stories are simple, and they aren’t always great, but when it comes to PPV, they are hitting NXT levels of consistency. Everyone gives it their all, and there wasn’t a bad match on this show. Keep it up Team Blue.