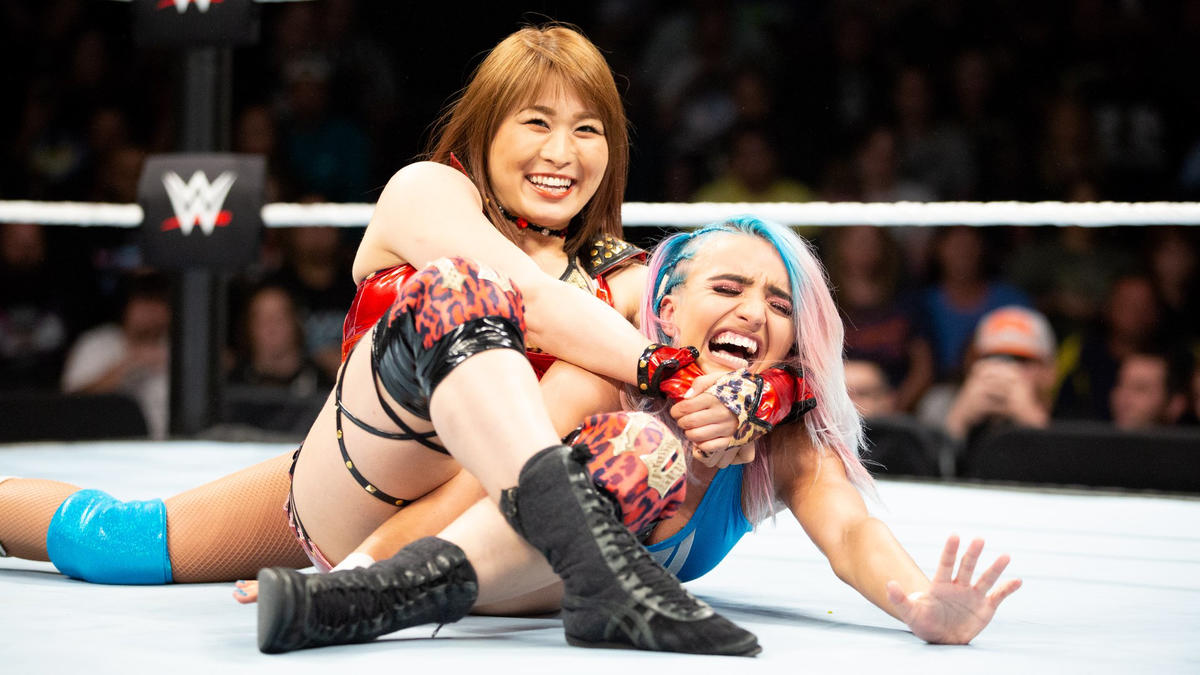 The Mae Young Classic has been a wee slice of wrestling delight. The in-ring action has been solid rather than incredible, but every episode has been easy to watch. More importantly, the winners have set us up for a rather exciting second round. Let’s find out if they can keep it going. 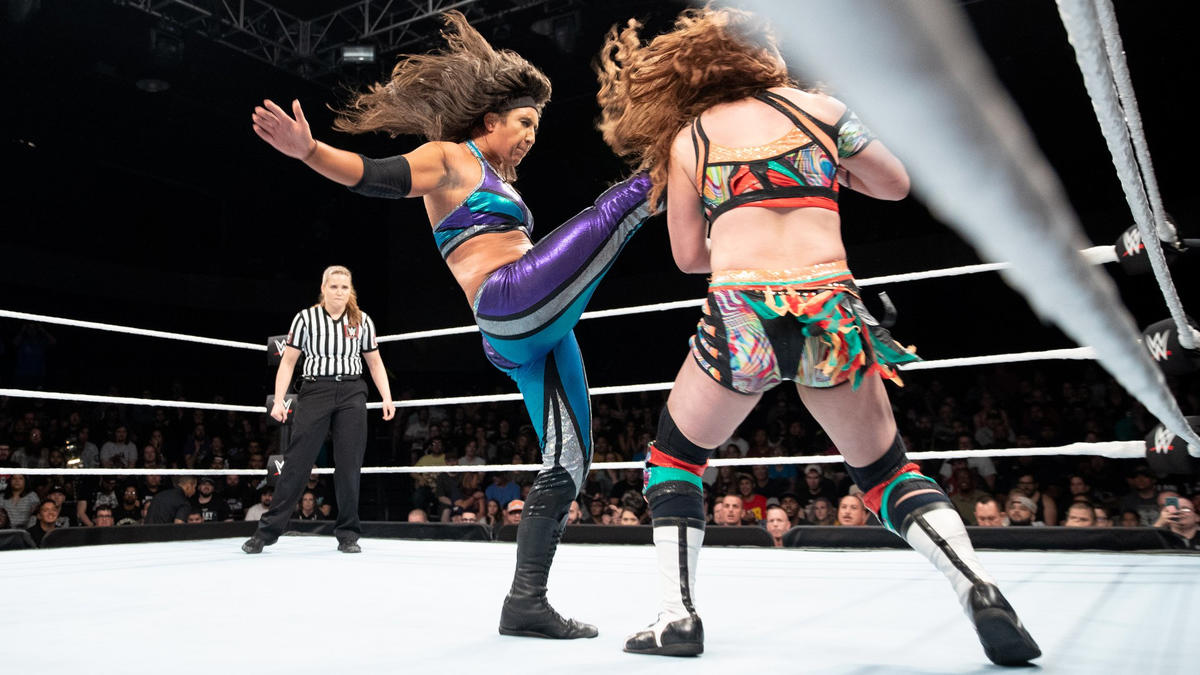 Let’s make this one a fight. Credit: WWE

Rachel Evers is the daughter of Paul Ellering and stood out in last year’s tournament for all the wrong reasons. While in an incredibly American move, Matsumoto got subtitles despite speaking in English for a lot of her pre-match package. She’s a highly regarded wrestler in Japan although I have to admit to not being aware of her work beyond the name.

Part of that was down to her willingness to let Matsumoto beat the hell out of her. There was a Missile Dropkick early on which produced a sickening sound as these two went about laying into each other.  I’m a sucker for a good stiff fight, and that was what we got.

We’ve seen throughout this tournament that the undercard matches need to maximise their minutes. When you only have five of them, everything you do counts. These two went out and filled their five minutes with hard-hitting wrestling while avoiding the temptation to sit in a rest hold. It was great, and I don’t think it’s a coincidence that the best matches in this tournament feature at least one person from outwith the WWE system.

It was all capped off by a frantic finishing stretch where they battled back and forth with Evers even pulling out some Fighting Spirit after a German (I love that spot). In the end, it wouldn’t be enough as Matsumoto hit an Exploder Suplex for the win. That was a hell of a lot better than I expected it to be. 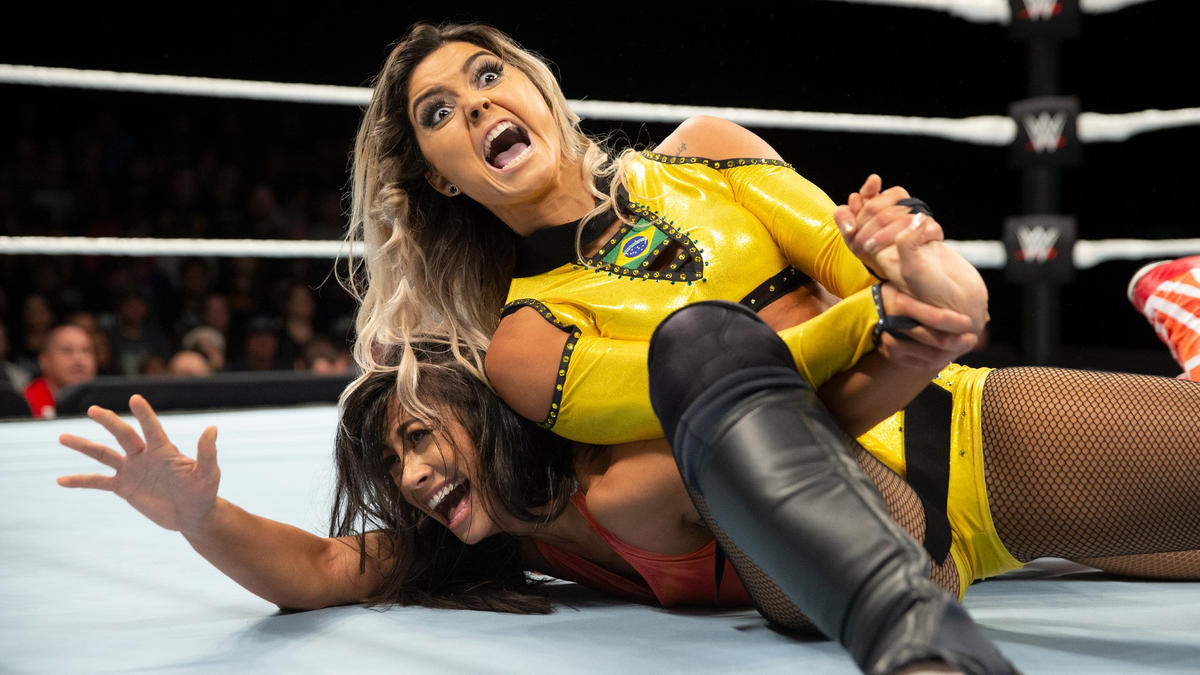 It’s not quite the Nagata eye roll. Credit: WWE

Taynara Conti has done a few bits and pieces in NXT as well as appearing in last year’s tournament. She’s Brazillian with a judo background. Jessie is a Performance Centre baby who describes her ring style as clumsy… that’s encouraging. She’s doing a kooky gimmick which could be likeable or incredibly annoying.

It quickly became apparent that neither of these women is very good. Conti used her judo well, but her facials throughout were so over the top that she ended up looking a bit silly. She’s trying to be a badass heel, and girning away like a Panto villain doesn’t scream badass.

Jessie, on the other hand, is just green. You could tell she had a match in her head that she was running through. That’s the kind of thing that can only be cured by having more time in the ring and it wasn’t a complete disaster. She was about what you’d expect from someone who has been wrestling for under two years.

The finish came very suddenly which was probably for the best. There’s every chance these two could go on to become good wrestlers. However, there’s a lot of work still to be done before they get there. 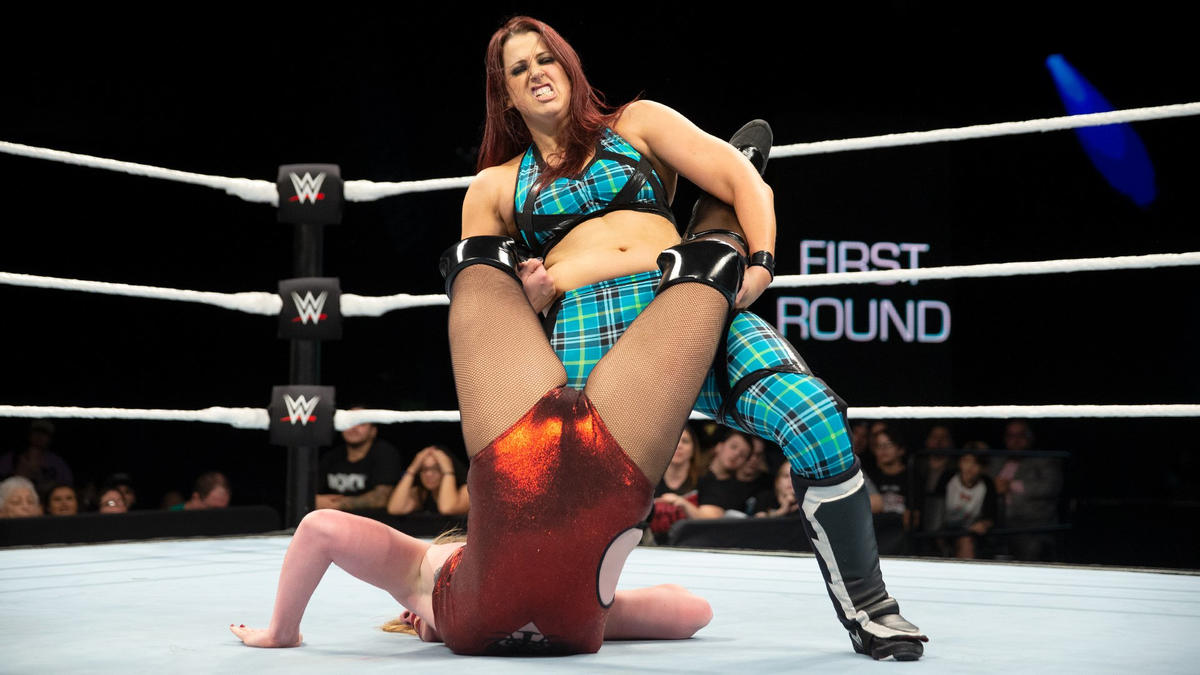 Like Matsumoto, Isla Dawn got the subtitle treatment because Yanks can’t understand Scottish people. The commentators also frequently pronounced her name wrong despite her saying it in the video package. Anyway, she’s been featured on NXT UK and is a regular around the UK scene. Nicole Matthews is a former Shimmer Champion who was an alternate in last year’s tournament. She’s a well-respected veteran on the indies (despite not being that old).

Matthews played on that experience here, taking control of the match early on and working over Dawn’s neck and back. She went on to deliver some stiff kicks while Isla was caught up in the ropes before driving in a series of MMA style elbows. These tournament matches have not seen anyone hold back on their strikes. I wonder if that’s why I’ve enjoyed it so much?

Dawn eventually found a way into proceedings, triggered by Matthews spending too much time trash talking. I’m not entirely sold on her as an in-ring worker. She’s got the look and the gimmick down, but something’s missing between the ropes. While there were moments where she looked good, there was also a sloppy suplex, so it’s clear she still needs work. 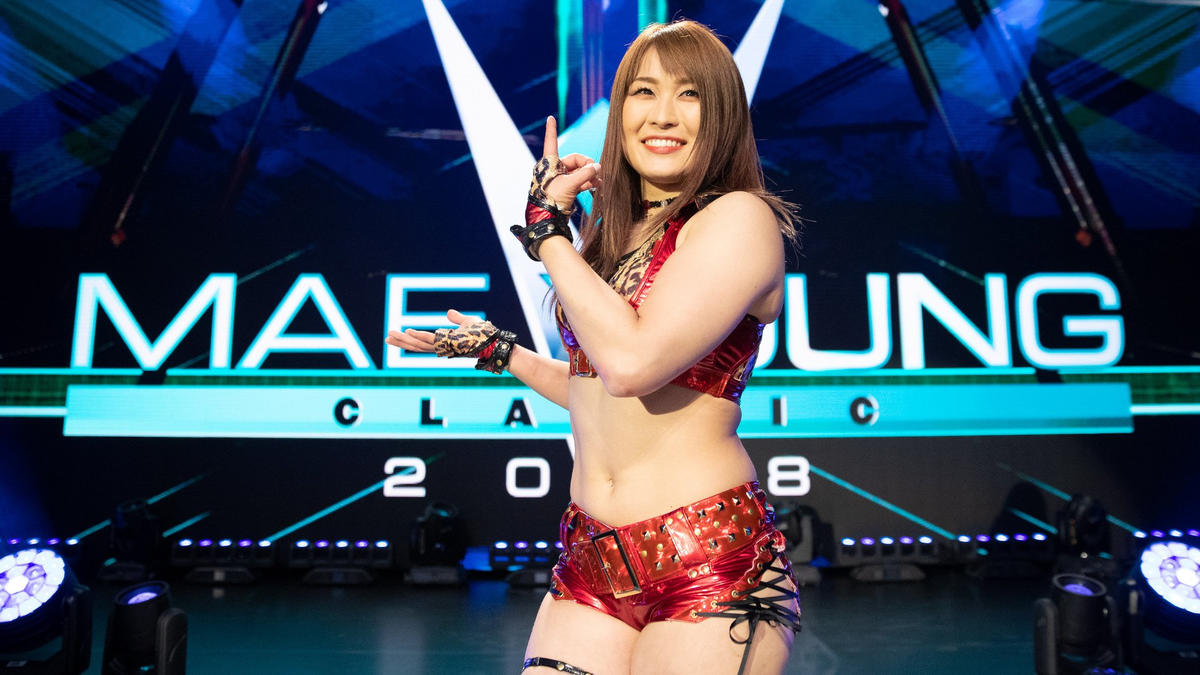 Heading away from Stardom and into Superstardom. Sorry, that was bad. Credit: WWE

Io Shirai is a big deal among Joshi fans with her signing to WWE being a bit of a blow for the scene. If they have any sense, she’ll go far, so expect her to do nothing. Xia Brookside, meanwhile, is the daughter of British wrestling institution Robbie Brookside and is a goddamn delight. She’s insanely likeable, and I’ve always enjoyed watching her. Plus, this was the first time her Dad had seen her in the ring.

Perhaps with that bouncing around in her head, Xia had apparently decided she wanted to make an impression as she came out hot. Sadly, that sparkle was slightly stolen when Shirai flipped out of an early head scissors takedown.

From there, we got what was primarily a squash. The Mae Young Classic has established a formula where the main event gets approximately double the time of the rest of the card. That didn’t happen here. Brookside got the occasional hope spot, but that was it. Poor Xia didn’t last long before being put away with a vicious looking Moonsault.

All of which makes it hard to say this was a great match. Shirai looked good although that’s no surprise. I was just left feeling a bit sad that Robbie didn’t get to see his daughter compete in a proper main event. That’s a very Vince McMahon piece of booking. Still, I’m sure Xia will be fine, and Shirai has to be one of the favourites for this tournament.

This was probably the weakest episode the Mae Young Classic has delivered so far. Honestly, after the opener, you can probably skip it as we didn’t even get an extended main event. It wasn’t a disaster, and I doubt you’ll feel like you wasted your time, it was just a step down from what we’ve seen already.