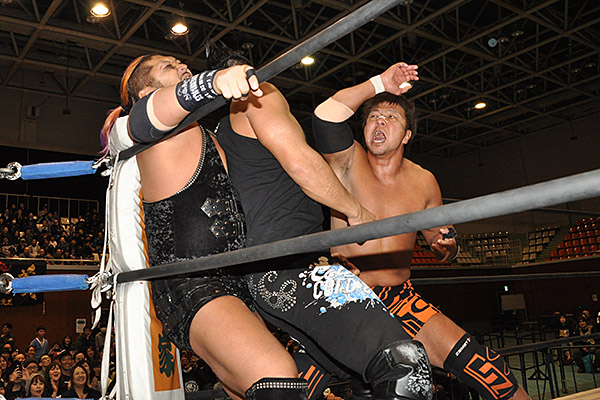 Surely this is mildly uncomfortable for Evil at worse? Credit: NJPW

There’s been a lot of whining in these intros. ‘Wah, I have to review wrestling’ etc. I’m not going to do that today. Instead, we’re going to get on with it. Let’s dish out some stars. 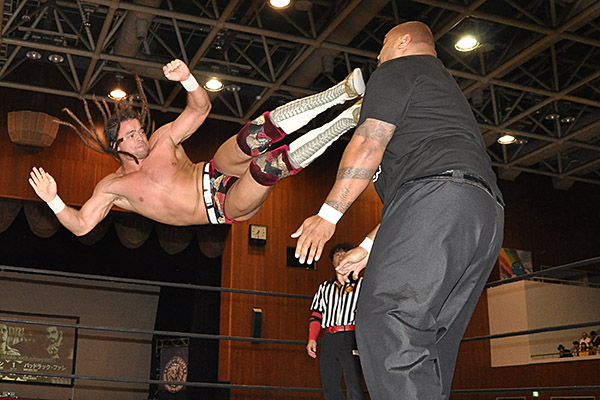 Two Ramblings About favourites were featured here as Juice and Chase go head-to-head. It also featured Sami, though, so I guess that evened it out.

It was fine, they were goofing off at the start but as things went on the action picked up a notch. Chase is great. He makes everyone he is in the ring with look good and is a delight to watch.

One point of interest was how little Fale had to do here and – now that I think about it – in this tournament in general. He spent most of his time breaking up pins and he watched from the outside as Chase scored the win with a roll-up. 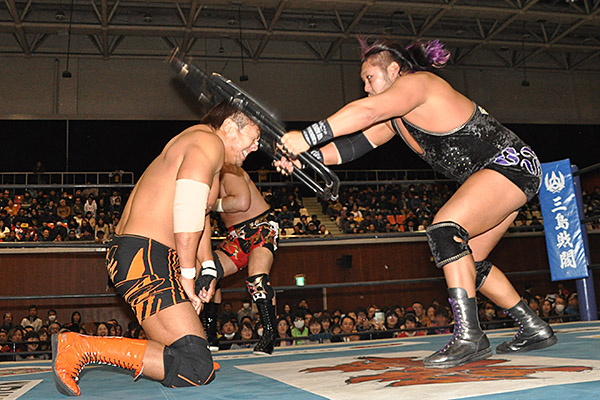 Do we need this? Credit: NJPW

There’s a pretty simple formula to these Tencozy showings (at least when they’re up against heels). They pull out all the signature spots and the other team evil it up to the max. It could be called lazy but it works, and the crowd – who didn’t seem particularly bothered before – at least made a bit of noise here.

It does make reviewing it a bit difficult, however. At least it does if I’m trying not to repeat myself. It was a match, decent enough for what it was and never to be remembered. I wish they had let LIJ go over shenanigan-free. It made Red Shoes look like an idiot, and they should be big enough to deal with Tencozy by this point. I can understand protecting the legends for the live crowd, though, so it doesn’t infuriate me.

All in all, it’s another average ten minutes in a tournament which has been full of them. 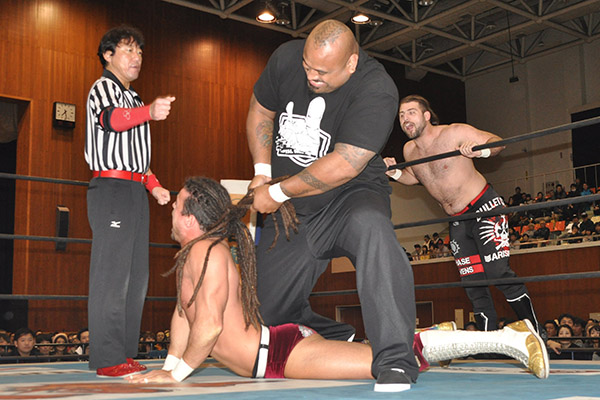 We’re getting ever closer to the end of this and I can’t wait for it to be over. If like me you’ve watched this whole thing you might as well keep going and do this show too. If you’re dipping in and out, it’s another one you can comfortably miss.