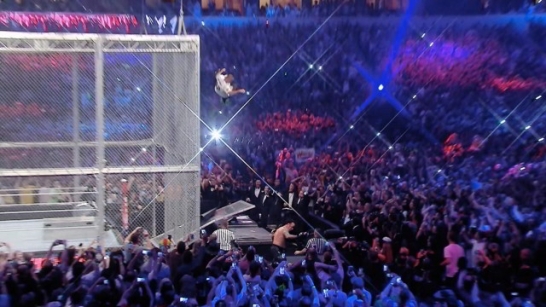 The Big One itself. Now that we are a few days removed from WrestleMania it is easy to reflect on this year’s event as a bit of a dud. A crappy build, some strange booking decisions and a flat main event all make for a show that it is hard to get too excited about. However, that doesn’t mean there was nothing good to take from this year’s show.

The most important of which was the fact that WWE finally decided to treat their women like real people. Not only did they finally throw that stupid butterfly belt in the bin, but they also replaced it with the Women’s Championship, a belt which looks like something you’d actually want to win. Even more importantly, Sasha, Becky and Charlotte went on there and put on a show stealing encounter. They were given time to tell their story and while I picked Sasha to win before the show, the more I think about it, the more I can accept that there is still stories to be told with Charlotte.

In a less happy vein, WWE sent seven men out there to beat the hell out of themselves in for a ladder match that considering the events of this week’s Raw. Meant fuck all. I know that Ryder getting the belt was a feel good moment but did he really deserve it? What has he done in the last few years? I just hope this was put together in order to get to focus properly on Zayn Owens. 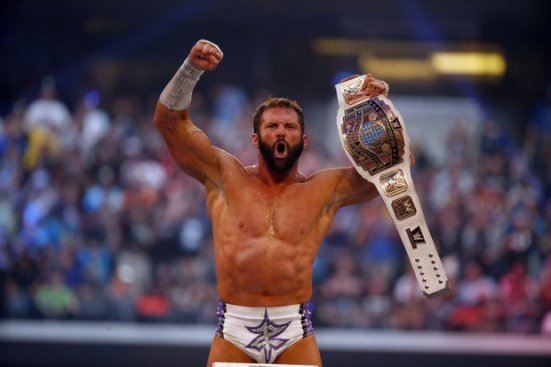 It was not the only moment on this show that seemed to suggest WWE had thrown long term booking on the window. The Rock became the latest man to belittle Bray Wyatt and his family, and you have to wonder what the goal was. Do they want Wyatt to continue being a joke? And while I enjoyed HBK, Austin and Foley (who looks great by the way) doing their thing, you have to question the ease with which they dispatched fitter and younger men. Even Chris Jericho going over AJ Styles didn’t seem to make much sense as it evens up their feud. Jericho doesn’t need to win, he is good enough at getting heat back on the mic, and Styles is still finding his feet in the WWE.

In fact, the only times WWE seemed to bother thinking about the future was in the joke of an Andre The Giant Battle Royale (seriously what was Tatanka doing there?) and the main event. Having Corbin win makes more sense than giving it to Kane or Big Show, but I worry whether in the long term it actually means anything. While Roman Reigns fulfilling his destiny was just as shockingly dull as most people predicted. Triple H and he tried their best, but it just isn’t working, and the fans shit all over it. 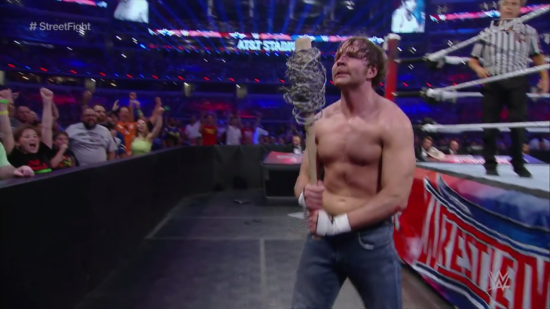 The last two fights both gave something but failed to live up to the hype. Brock Lesnar vs. Dean Ambrose just didn’t sparkle. Ambrose taking out the chainsaw and Barbie just to drop them a few seconds later goes against booking 101. And while Ambrose took a hell of a beating I don’t know what he gains from it. He’s just another guy to fall victim to Suplex City. While Shane vs. Undertaker had that incredible spot, but you have to question whether it was worth it? Does the pain Shane is inevitably going through actually achieve anything? At the end of the day ‘Taker still won. Nothing has changed.

WrestleMania 32 was by no means a perfect event. However, I am not as down on it as others. I think from a long-term booking perspective it is a mess. A complete waste of time and a show that might do more damage than it did good. However, when I sat and watched it on the night itself, I had fun – despite the Network consistently fucking up. Will I remember this event ten years from now? Probably not, but in the here and now I find it hard to hate.