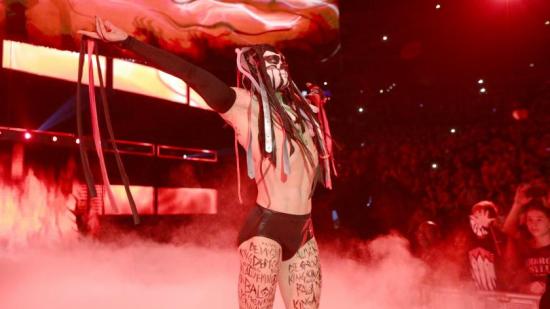 Six hours. That’s how long you would have to spend in front of your TV if you wanted to watch SummerSlam from start to finish. The biggest party of the summer long outstayed it’s welcome, and WWE certainly didn’t help it.

There is an art to putting on a wrestling show. It’s not just about booking great matches it’s also about putting them on in the right order. Knowing when to have a short break and knowing when to keep giving the audience what they want. WWE is usually pretty good at this, they have been doing it long enough, but last night they fucked it.

On one hand, they fucked it in a very simple way. By putting the three top titles in the company (the Woman’s, WWE and Universal) on before both the US and Brock vs. Orton, they devalued them. They suggested that they weren’t as important. This is wrestling 101, and while we have seen WWE do it before, in recent times it seemed to be something they’d moved past.

The other way was a bit more complex. The matches didn’t flow into each other – particularly the final two. By finishing with two matches that were brawls with unusual finishes – or in the case of the US match didn’t start – they overloaded the crowd. It left the whole thing on a bit of a down note even if individually both of those things worked. This is only one example of how WWE got this wrong.

Will Pruett over on prowrestling.net put together this card. It’s the same one but in a different order (although I’ve added the Tag Title match where I would have put it because he seems to have missed it out):

And looking at that it instantly sounds like a more watchable show. It’s also what I would have probably guessed the order would be before SummerSlam kicked off.

However, it wasn’t only the ordering that WWE mucked up last night. Some other decisions made little sense. The first was in the Woman’s Title match. Now, it’s since come out that Sasha will be having some time off to heal up some niggling injuries. If that is the case, why put the belt on her in the first place? They have rushed through Sasha’s story, and what should have been a brilliant title run is over and done with already. It’s a waste of an incredible talent.

I also can’t believe that John Stewart is still being allowed to get involved in wrestling matches. I respect Stewart, but he shouldn’t be in that ring. Everything he does feels out of place, and it seems to suck the enthusiasm out of the building. The Club and New Day was also one of two matches where the babyfaces behaved badly. It was Stewart’s interference which helped The New Day, and if he hadn’t got involved, we’d have new champions. 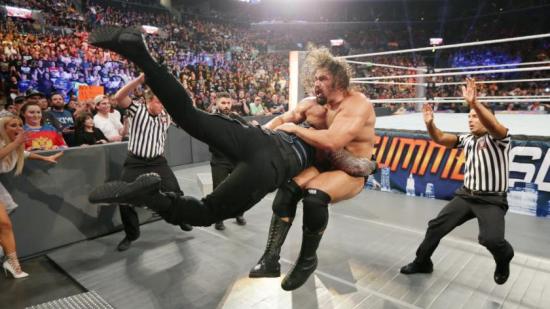 The other badly behaving babyface was Roman Reigns. Imagine being the guy that interrupted someone’s wedding ceremony, mocked them, pushed the bride into her cake and then a few days later went mental on the groom and beat him into submission. Now imagine trying to get everyone to cheer you after doing that. Well, that’s what WWE have done.

What’s frustrating is that this wasn’t an awful show. There is a hell of a lot of good to come out of it. While Ambrose vs. Ziggler felt like a mid-card match and was most memorable for Ziggler both failing to win and steal the show, SmackDown’s other big fight between Cena and Styles delivered. Plus, Styles got a clean win over the face that runs the place. Hopefully, this is WWE realising that if any face is going to run SmackDown it has to be Styles and another incredible match showed that he is more than capable to be put in that place.

Balor vs. Rollins was also a great match. It might not have quite been a Match Of The Year contender, but if you made a top ten, you would have to consider it. I love Finn. He’s a guy who spent a lot of time in my ‘local’ promotion (I’m in Edinburgh it’s in Glasgow it’s close enough), and he feels like my guy. To see him win the title was such a massive thing and I’m devastated for him that injury means he has to give it up. I have full faith in him to come back better than ever and reclaim it somewhere down the line, though.

It also has to be pointed out that despite my problems with the result and one terrifying spot Sasha vs. Charlotte continued the trend of woman’s matches being great, while Enzo and Cass vs. Owens and Jericho was brilliantly good fun. Even Sheamus and Cesaro managed to pull off a brilliant physical encounter on the usual dead zone of the Pre-Show. It was also nice to see Nikki Bella return. She brings some much-needed star power to the SmackDown woman’s division.

The final talking point comes in the main event where Brock Lesnar decided to take out his frustration on Randy Orton’s head. While it appears this was a planned spot, it was still brutal in execution. Lesnar may have been meant to bust Orton open, but I refuse to accept it was supposed to be done in such a style and the news of a Lesnar and Jericho bust up behind the scenes suggests I wasn’t alone.

Despite those issues, I liked the finish of the match. It removed any doubt wrestling fans may have about Lesnar’s position in the company after his recent indiscretions elsewhere and was brutal in a way you very rarely see in WWE. It was a genuinely shocking thing to watch and while it might have blunted a bit of Orton’s good looks it was different from what we typically see.

All in all, SummerSlam was a confusing show. When it was good, it was very good but when it was bad it was a bloated mess. On the upside, it has made me a lot more excited about the slimmed down brand PPVs which will surely struggle to get to half the time this show did. Thank God for that.