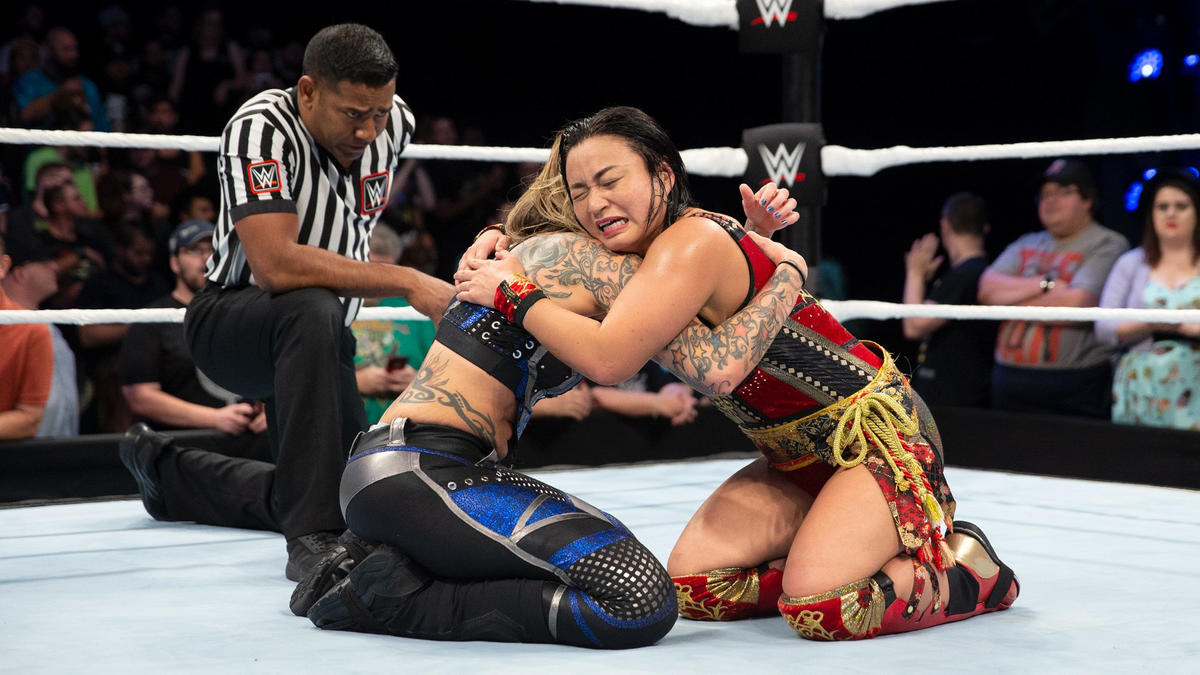 Tugging on the heartstrings. Credit: WWE

Things are heating up as we head into round two of The Mae Young Classic. Oh, I sounded like Michael Cole. Jokes aside, this is when things gets interesting. WWE have put together an impressive last sixteen, so if these women are given the time to do what they do best, we could get some incredible matches. (With that in mind, I’ll be going back to star ratings. As most of the rookies are gone, I think it’s fair). 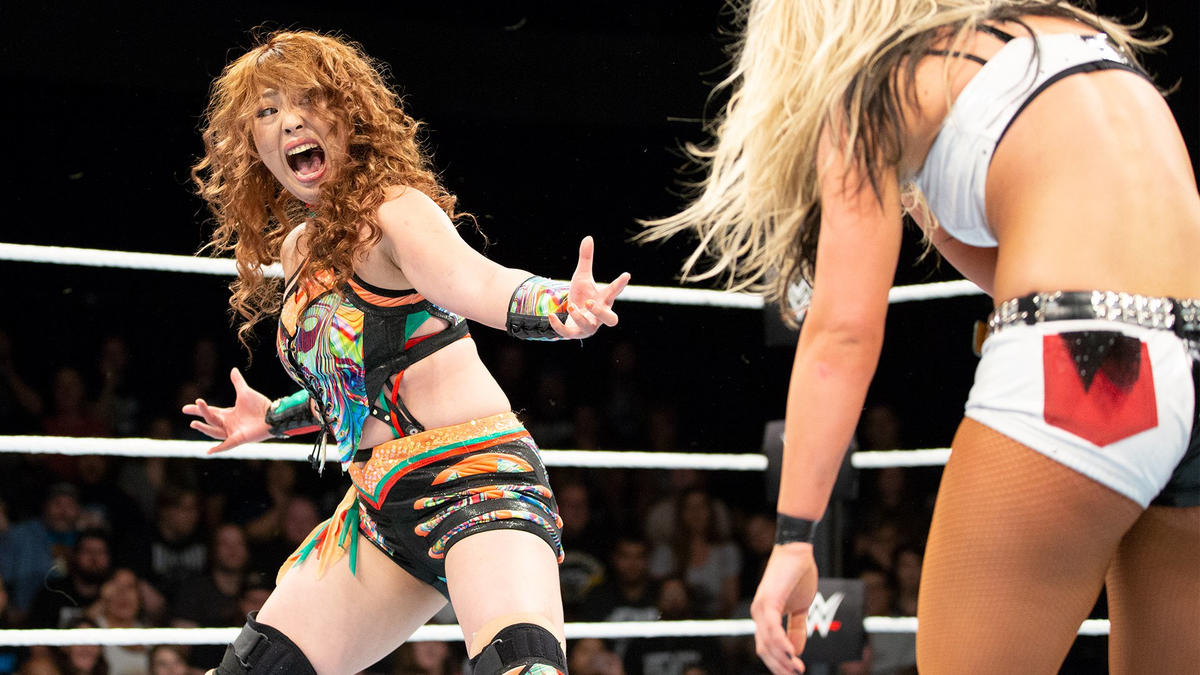 These two had wrestled before in Stardom although they’ve only had the one singles match (according to Cagematch).

Judging by this, they should be doing it again as soon as possible. Storm and Matsumoto are natural opponents, as both of them rely heavily on suplexes with an emphasis on bursts of offence. It led to a hard-hitting match-up that was worked on the front foot.

We also got to see Toni change up her formula a bit. For all her talent, she tends to stick to the same structure, selling for a bit before running through her offence and getting the win. Here, Matsumoto dominated her. Throwing her around the ring and hitting a series of vicious Lariats. Toni Storm was forced to survive (a rope break was all that saved her from the Rock Drop) before sneaking out with the win.

I think it’s fair to say that anyone who wasn’t aware of Matsumoto before this, will be now. She had a fantastic showing against Evers and backed that up with a great match against one of the tournament favourites. I’ll be seeking her out from now on. 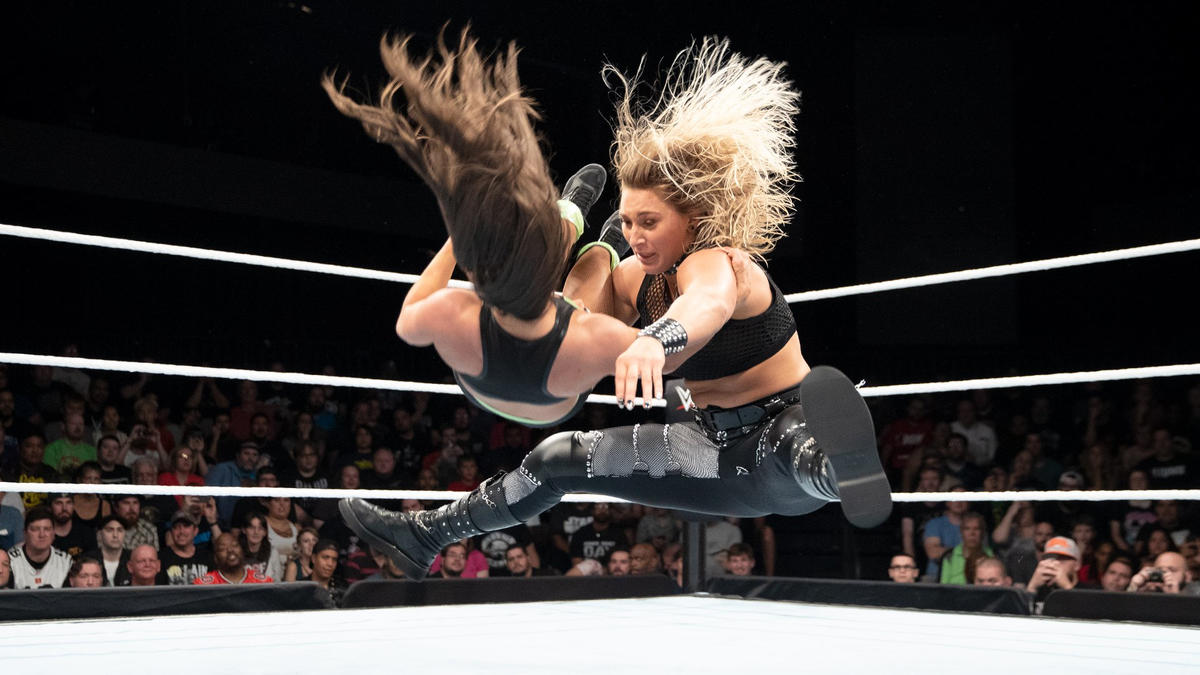 Once again, Catanzaro is sent out to play the wee lass. If she’s planning on spending a career in WWE, she better get used to that.

This was a sizable drop in quality from the opener. Catanzaro is still green which shone through on a couple of spots. While the slip on the springboard was the most noticeable, it wasn’t the only moment where she mucked up. That combined with the fact that Ripley’s power game is a bit dull led to an uneven bout. Both had their moments (Kacy’s gymnastic background allows her to do some cool offence while Rhea’s modified Cloverleaf was nice), but it wasn’t enough to save this.

I could easily see Catanzaro and Ripley going on to be great wrestlers. They’re just not there yet, which is okay! The whole point of the Performance Centre is that you take unpolished talent and buff them up into stars. These two need a bit more work before they’re ready for that. 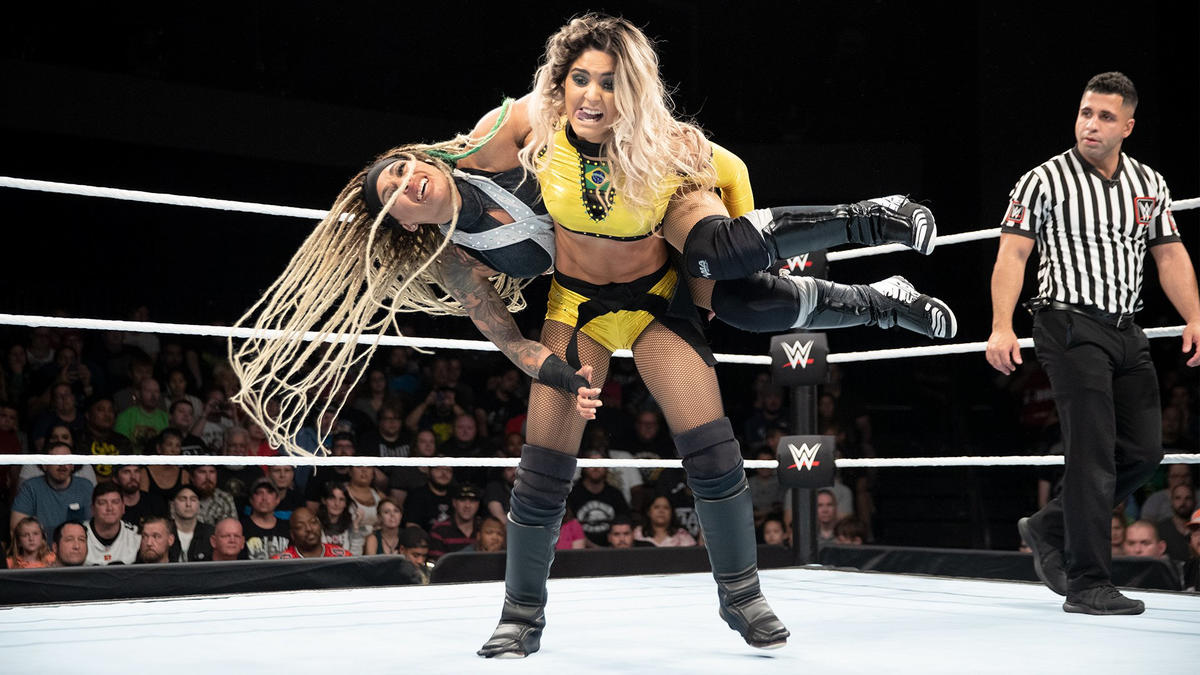 It might have been smart to split up Lacey Lane and Kacy Catanzaro’s matches. Unless WWE wants people to realise that they only have one or two stories that they like to tell and that their favourite is short vs tall.

Despite that, I’ve become a fan of Lane. She’s got a unique style with even the way she moves around the ring being a bit different from others. Standing out is 90% of the battle when you’re coming out of the Performance Centre.

Sadly, Conti doesn’t quite have the same sparkle. I liked the fact she was a bit more aggressive here, delivering some vicious kicks. However, those over the top facial expressions I complained about in the first round were still very evident. Pantomime villains aren’t intimidating.

They got out of the ring quickly (it went under five minutes) which was probably the right decision as it prevented it from ever having a chance to fall apart. Sadly, it also means it won’t be sticking around in your mind.

Verdict: One And Three Quarter Stars 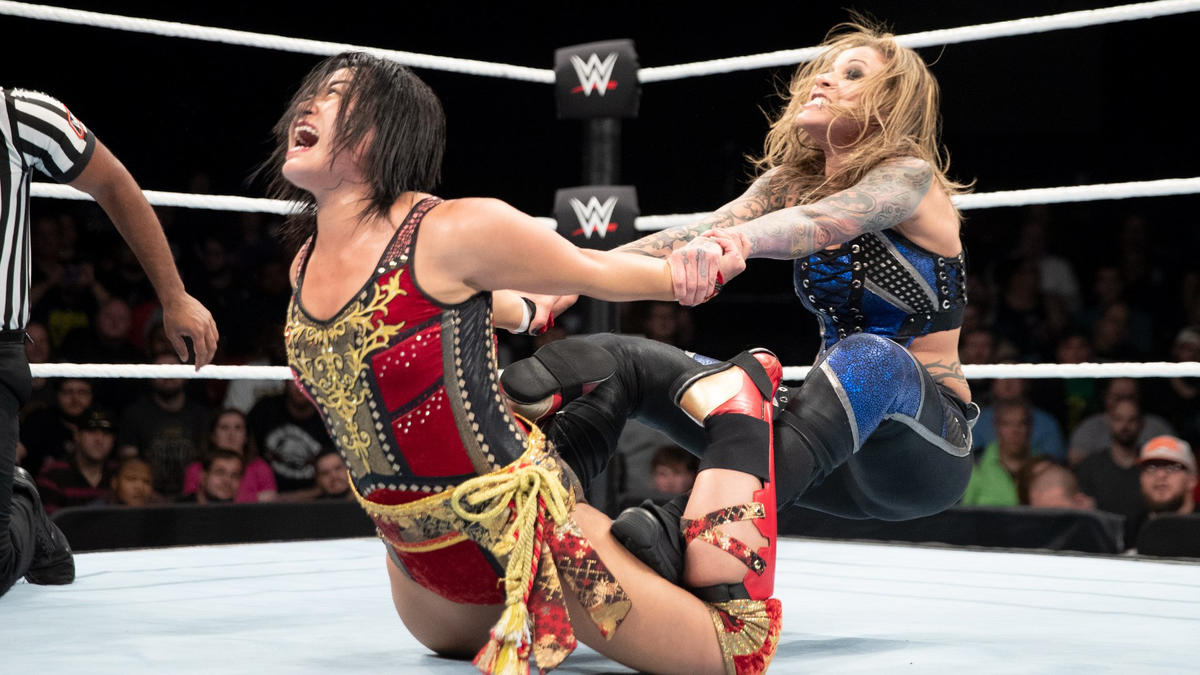 What happened to the hugging? Credit: WWE

After two matches featuring rookies, we were passed into the safe hands of Mercedes Martinez and Meiko Satomura. Right from the start, the experience of these two shone through. They didn’t have to do anything fancy. Instead, they brought an intensity to their early grappling that kept the fans gripped. Then, Mercedes decided to slap Meiko, and we were away.

From there, these two decided to beat the hell out of each other. Martinez, in particular, brought the fire. She was laying into Meiko, doing a fantastic job of getting across how desperate she was to win this match. Mercedes believed that she could go all the way in this tournament and she wasn’t going to let the Japanese legend stop her.

Of course, if you hit Meiko Satomura, you better make sure you put everything into it. Because, eventually, she’s going to hit you back, and that’s going to hurt. Meiko was spectacular. Which isn’t saying much, because in the few matches I’ve seen of her she’s always been spectacular, but this was a condensed burst of everything that makes that the case. You just have to look into her eyes as she lets out a roar and you know that she is special.

The final few minutes were the best action of the Mae Young Classic so far. It was a back and forth war with both women looking like they had it won. In the end, Meiko would prove victorious, but no-one truly lost because this was great.

If you start and finish hot, people will forgive you if the middle isn’t quite as good. At least I assume that’s what WWE was thinking with this one. To be honest, one look at the card would have told you that this was going to go down the exact way it did. The Mae Young Classic is leaning on its stars, and it’s working.