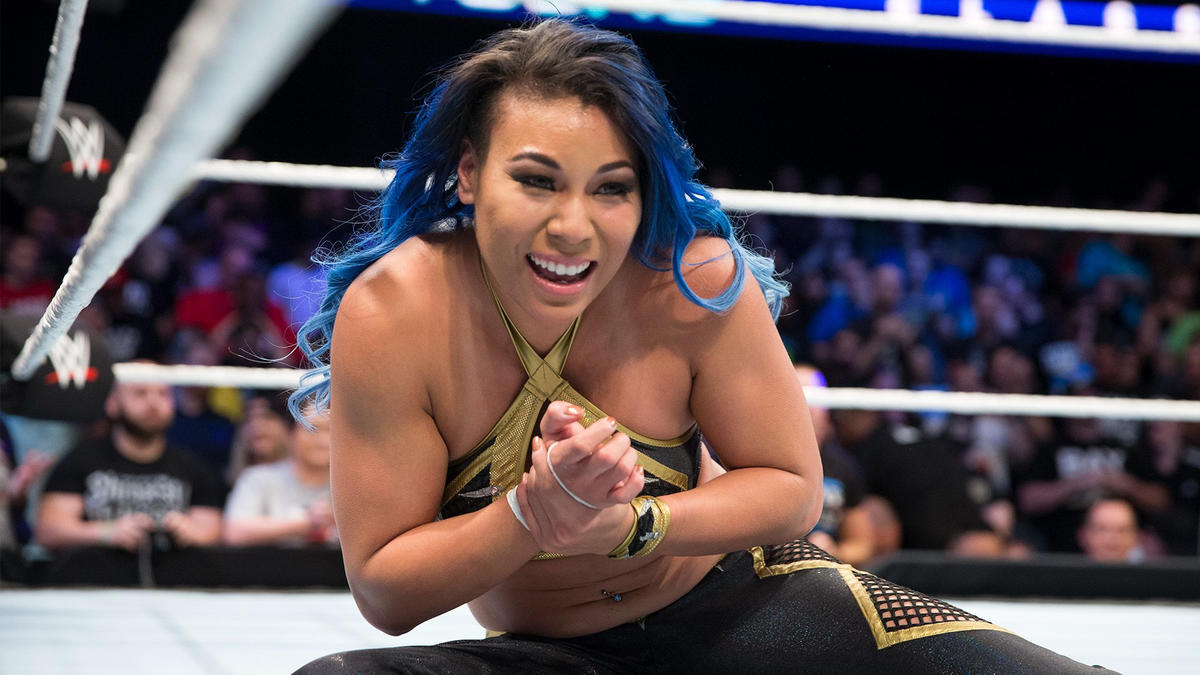 Round two of the Mae Young Classic is coming to an end just a week after it started. Feels a bit quick, doesn’t it? Guess that’s what happens when you shove four matches into an hour. If WWE had spread this out a bit more, these women could have really shone. Anyway, I shouldn’t moan, I’ve enjoyed this tournament, and I’m already late with this review. 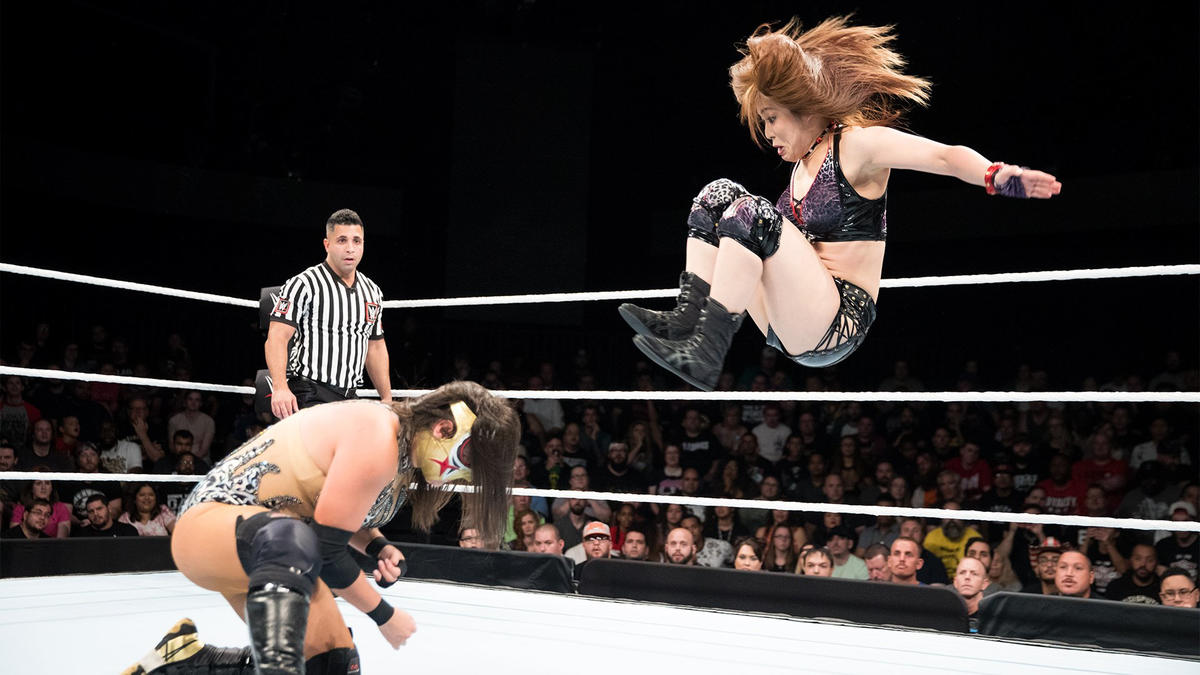 Having ever so slightly breezed through her first round against Xia Brookside, Io Shirai was giving more of a challenge here. Zeuxis was able to bully her, starting hot and attacking the Joshi star’s shoulder.

All of which was done to set up Shirai’s big comeback and all the fun that entails. Her offence is that perfect blend of devastating and awesome. By which I mean that it’s not only cool, but it looks like it hurts too. There’s a touch of the devil may care to her (check out the dive she hit), and that adds to the excitement.

The finish came when Zeuxis tried to set up for a Top Rope Spanish Fly only to be brought down with an Avalanche Frankensteiner. A Meteora to the back of Zeuxis’s head followed by a Moonsault saw Shirai claim her place in the quarter-final in a damn good sprint. 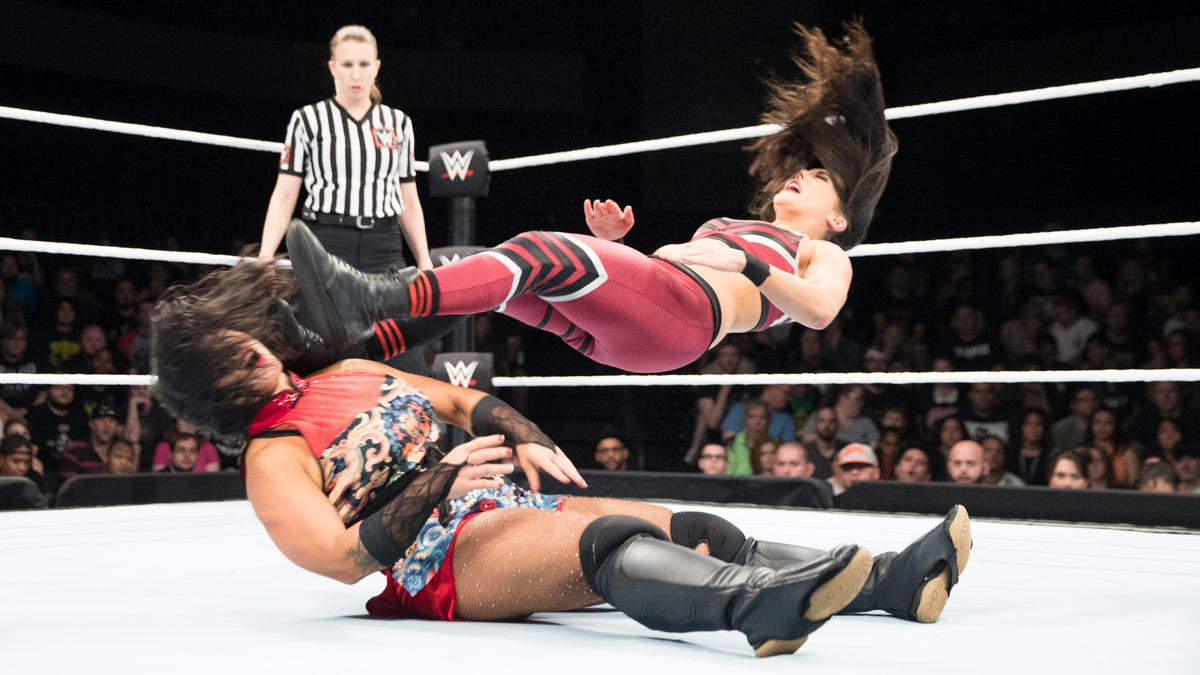 Strange place for Deonna to take a nap. Credit: WWE

Xia Li was one of the select Performance Centre babies to make it through the first round. For her efforts, she got a chance to face off against the always reliable Deonna Purrazzo.

Li was able to start on the front foot too, showing off her impressive range of kicks. While I don’t want to sound too surprised, she’s quite good. I’m used to PC trainees being on the dull side, but Li showed off some cool offence and didn’t look out of place in there with Purrazzo.

Eventually, Deonna would find an opening, attacking Li’s arm and opening her up for the Fujiwara Armbar. However, Xia didn’t go down easily. This was a big performance from the rookie, and it’s possible WWE has something with her. 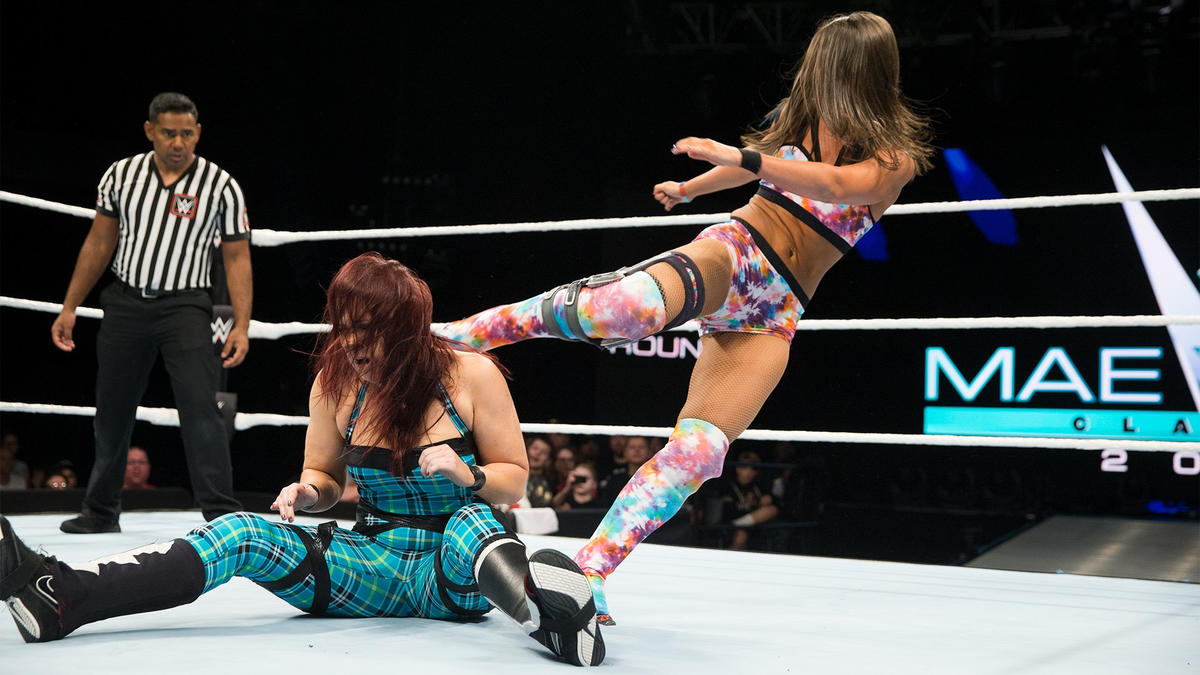 I can’t think of a funny caption. Credit: WWE

God, they’ve got to stop playing these comeback videos for Tegan Nox. They’re breaking my heart. WWE knows how this tournament ends for her, could they not have tweaked those a bit or are they going to use them to ramp up the sympathy? It’s even more frustrating because WWE was putting her over strong with Michael Cole proclaiming her his favourite.

Nicole Matthews started this one well, heeling it up and beating on Nox. Sadly, it was a slightly halted offence as she seemed to be having issues with her gear, appearing to adjust it after pretty much every move. Still, she works that bruiser style well.

Then, just as things were heating up, it was over. The Shiniest Wizard connected, and Matthews went down. It was an anti-climactic finish to a match that showed promise. Those timing issues continue to be the one downside to this tournament.

Verdict: Two And A Quarter Stars 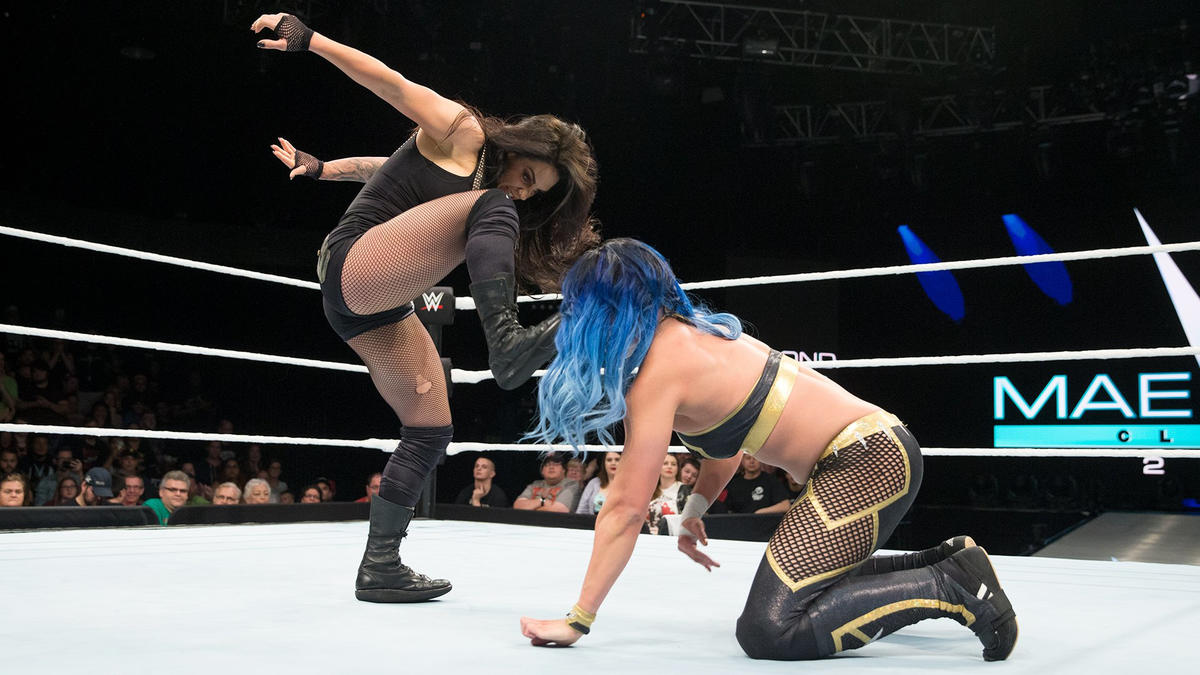 Down comes the boot. Credit: WWE

In a nice touch, Mia Yim had her hand taped to sell the effects of her first round bout with Allysin Kay. That’s something we don’t see enough of in WWE.

The hand would prove pivotal to the story they told too. Yim started well, going after Kaitlyn’s leg. However, while Kaitlyn might not be known for her submission work, grabbing a hand and twisting it around isn’t too complex. Suddenly, the ball was very much in her court.

She seemed to have it won too, connecting with her surprisingly brutal looking spear (although it’s always looked good). Somehow, though, Kim kicked out and managed to lock in a Kneebar to sneak out with the victory.

This was a bit too WWE for me. One wrestler dominated only for one move to flip the whole thing on its head. At least on this occasion, they’d set it up earlier in the match, but that still didn’t feel like enough. It was still good, just a distance off great.

Another solid showing from the Mae Young Classic. Nothing stunk while all of the wrestlers involved got at least a moment in which to shine. This is easy to watch TV. I’ve been saying that since the first episode and it’s still true. Fingers crossed it continues to be the case.