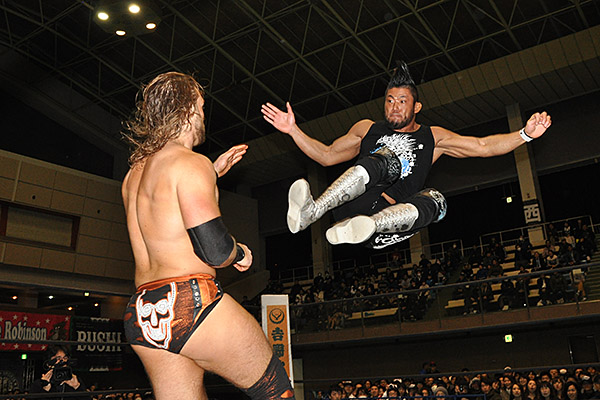 Do you hear that? That’s the sound of A Block rumbling back into my view and bringing with it an incredibly unsexy card. Let’s dish out some stars and get this over and done with. 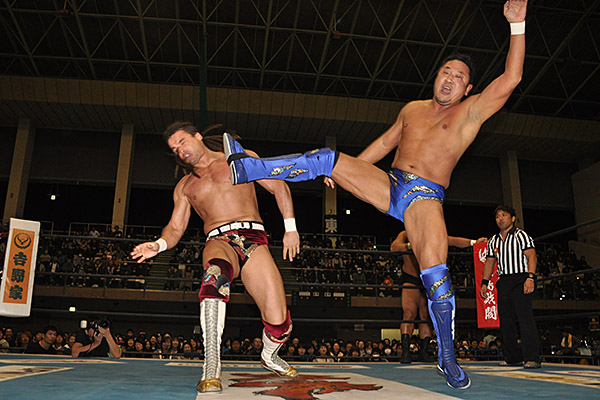 There is something profoundly weird about seeing Sami Callihan share a ring with Nakanishi and Nagata. It doesn’t add up.

That aside, this was serviceable. Nakanishi lumbering around the ring with all the grace of a combine harvester is never going to be elegant, but I enjoy it for what it is.

I did have one complaint, and that came from Juice popping in and out of the ring when he was the illegal man. I know everyone does it, he just went a bit overboard with it in this and it took me out of the action. If the ref isn’t going to do anything about it why bother making tags at all?

That’s nit-picking, though, and this was a solid match that gave Death Juice (still a stupid name) a bit of a rub. 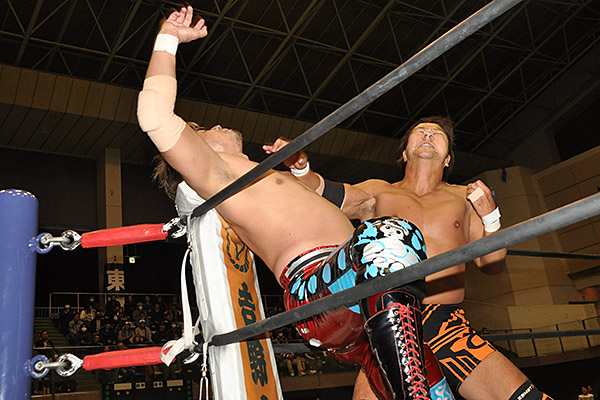 I’m running out of ways to tell you that matches were okay. In fact, I ran out on review number two, I’ve been hoping no-one noticed.

Most of this was dull. It never seemed to get going, and while the crowd enjoyed Koji doing his signature spots and his refusal to stay down at the end, there wasn’t much more to it.

It’s hard to point to anyone in this and say they had a bad performance, they just didn’t have a good one either. 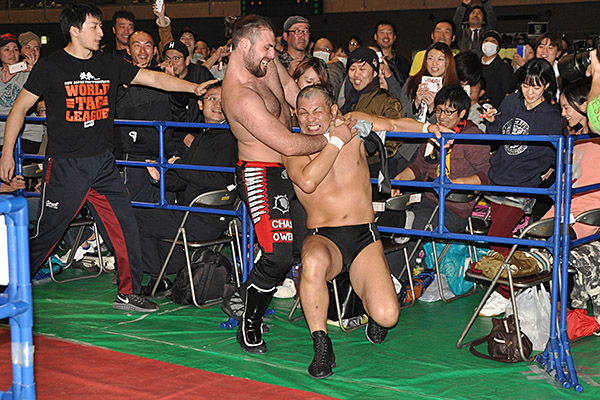 They’re not even trying to hide the fact this was garbage.

I can’t be bothered reviewing it. Most of it was spent in the crowd, and El Desperado got involved at every opportunity. At one point, Iizuka bit Fale’s foot through his boot and Fale sold it. The one upside was the occasional actual wrestling between Owens and Suzuki.

If you like this stuff go ahead. I don’t. 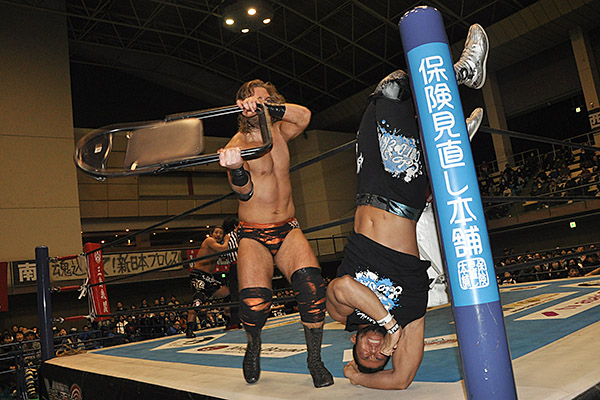 This was built around Bullet Club taking out the leg of Sanada after they took advantage of a ref distraction to whack it with a chair. It was a well-worked story and helped this win the dubious distinction of being the match of the night.

Sanada is one of those wrestlers that we all take for granted. He’s not had the big push that Evil got (although I’m sure he will someday) but the guy is so damn smooth. Both his selling and his offence were great here. He’s a joy to watch in the ring.

This was a slightly higher quality of decent than anything that came before. It also signalled that after a slow start, Evil and Sanada are heating up. 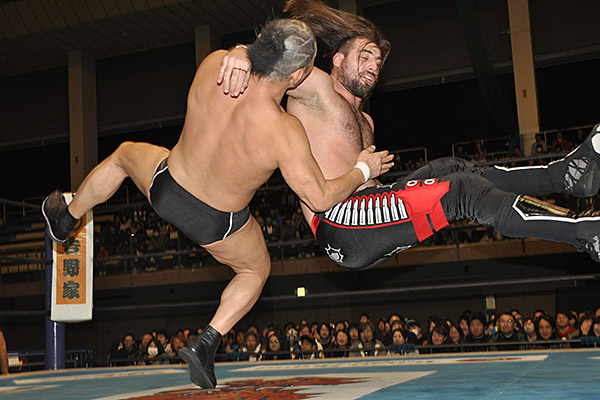 At least we got some Chase. Credit: NJPW

This was a hard watch. The opener and the main event were mediocre. The rest of it was either dull or just plain awful. This block is a bit of a shitshow, and it’s making World Tag League hard to watch.